Japan’s government announced that Japan will be allowing visa-free independent tourists to enter the country and lift the inbound daily cap starting from Oct 11. This announcement brings exciting vibes to foreigners who are waiting to visit Japan.

The country has been doing its best to make halal foods available and easy to get. We believe you’ll not miss enjoying halal Japanese foods during your visit, right? These are some foods you should expect to enjoy!

Foods might be mainly about taste, but in Japan, the eyes also “eat”. This concept could be found easily in Japanese sweets. They come in an amazingly beautiful appearance and are known for their gentle sweetness and mild aftertaste.

Japanese sweets actually could be found anywhere, but mostly you will find it easier at sightseeing spots such as Kyoto, Kawagoe, etc.

Regarding the halalness of Japanese sweets, the original Japanese sweets are mostly made from rice flour, sugar, and red bean paste. However, you can ask the staff about the ingredients to make sure before purchasing.

Currently, foods made from 100% plant-derived ingredients are booming in Japan. After the pandemic hit, more people consider more to their health, especially after gaining weight during their stay at home, and plant-based foods are rapidly increasing within the country. Plant-based foods vary from mostly sweets and desserts such as SOY’s ME by Plantbased.Tokyo and Bake Cheese Tart, to plant-based meals as launched by Starbucks. This is also good news for vegans and vegetarians.

Plant-based foods in Japan are available in a very high-quality, as many people hard to notice if it is made from vegetables! To enjoy them, we recommend visiting Saido in Jiyugaoka, Tokyo as they are professionals in that field. Some of the amazing plant-based foods they offer are foods using rare mushrooms, such as vegan dinner course using shiitake “Yukikessho” and vegan lunch using donko shiitake mushroom.

We believe nobody could resist halal ramen! Its thick chicken broth and chewy noodles are topped with seaweed, bamboo shoots (menma), and chicken slices (or karaage as your option!) are amazingly addicting! In addition to its reasonable price, no reason to not have halal ramen on your visit to Japan.

How If Non-Muslim Japanese Tries Halal Ramen?
TOP 3 Halal Ramen Shops You Should Try in Tokyo!

Motsunabe is a hot pot dish originating from Fukuoka, but you can try it in Tokyo too! The dish comes with a flavorful soup with a nice kick of spices, vegetables, and of course, the main role, offal! Halal motsunabe is available at Issho Ueno and is very popular among Muslims in Tokyo. To finish off the meal, you can choose between noodles and rice, just like how the Japanese do it!

It’s not local Japanese foods, yes, but burgers using halal Japanese beef might be something interesting for you to try. Basically, meats in Japan are very soft yet tender and juicy and go very well for every kind of cooking, including burgers and steak. Finding burgers and steaks using halal meats is comparatively rare in Japan itself, so why not?

You can try them at Luxe Burgers and Soleil in Tokyo! 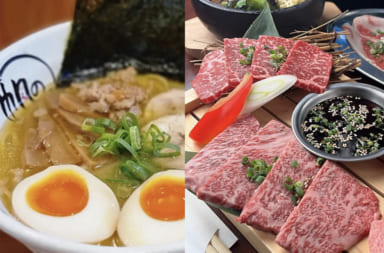 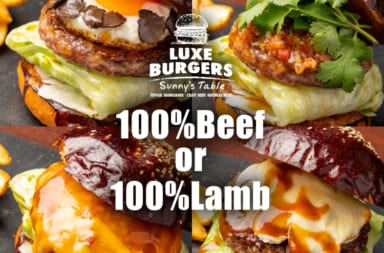 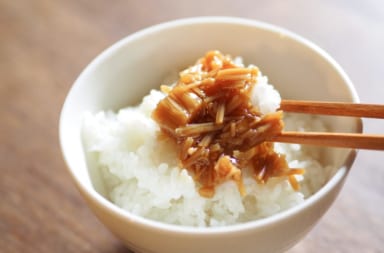