”I Was Taken By The Beautiful Reading of Al-Qur'an". A Heart-Touching Story of The Japanese Muslim Revert

Hidayah Comes Anytime Anywhere, In a Right Time Which We Might Not Expect

Who can expect that on his trip to Morocco, casually riding a taxi and he got a hidayah?

The word hidayah comes from the Arabic words meaning “guidance”, which lightens the heart with the blessing of Allah. It comes at the right time, anytime, anywhere that Allah chooses for people.

Today we talked with Yuta Koinuma who were love to share with us his revert story.

Yuta was a musician who traveled to 20 countries with his guitar and was visiting Morocco in 2018. He was attracted to a beautiful rhythm he heard on the taxi’s radio. He asked the driver, “what song is it?” and the driver said, “It is the reading of Al-Qur’an”. Yuta was fascinated with the reading that, unexpectedly, directly touched his heart and led him to revert to Islam in Morocco. 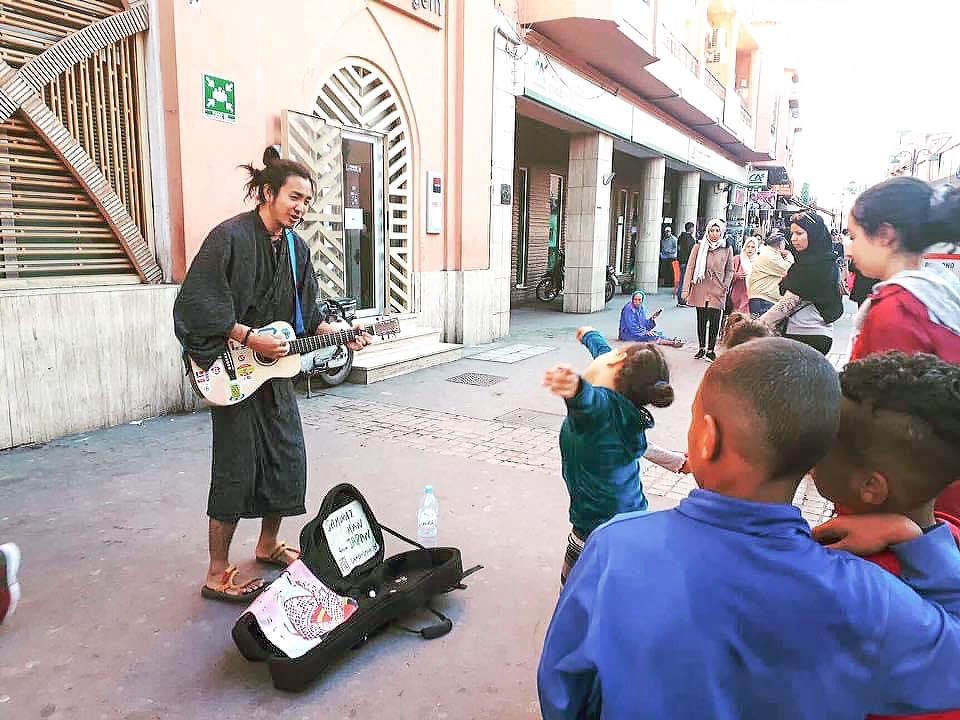 After living in Morocco for some period of time, he decided to move to South Africa in 2020 and learned Islam there for about 3 months. The pandemic that hit the world also impacted Yuta. He then came back to Japan in 2021 and started a new job at an export-import company for halal foods.

Japanese Muslim Who Reverted By The Sincerity of Muslims

With experiences and getting used to practicing Islam in countries with diversified populations and societies that are close to religion in daily life, somehow he felt difficulties when practicing it in Japan.

“It might be a bit difficult to do the practice if you are in a Japanese school or Japanese company because Japanese society doesn’t get used to religious things, aside from things that are considered as culture. However, alhamdulillah, I found a place that is suitable to my Islamic lifestyle, surrounded by Muslim friends, and working in a Muslim-friendly company so I can secure time to practice”, he said.

He added, “In Japan, I need to care about what I can eat carefully, have to work hard during fasting, avoid temptation and excessive information that hit most of the time daily. Honestly speaking, it needs a strong belief, especially compared with the lifestyle I experienced in Morocco or South Africa, but I think it is a great opportunity to think deeper about balance in life”.

How New Japanese Muslim Deals with Halal
Can Muslims Pray at Work in Japan?

The Japanese are more likely to not have an interest in other people’s things, so we may find nobody who cares about what we wear or what we do (as far as it does not trouble others). In addition to the thing that religion is someone’s privacy and Japanese do respect people’s privacy.

“I had no Muslim friends at first and I was quite anxious about what my life will be like in Japan. Alhamdulillah, I got to know people from various backgrounds and I can interact with them like exchange information, helping each other, attending study sessions, and going to eat together”, he mentioned. 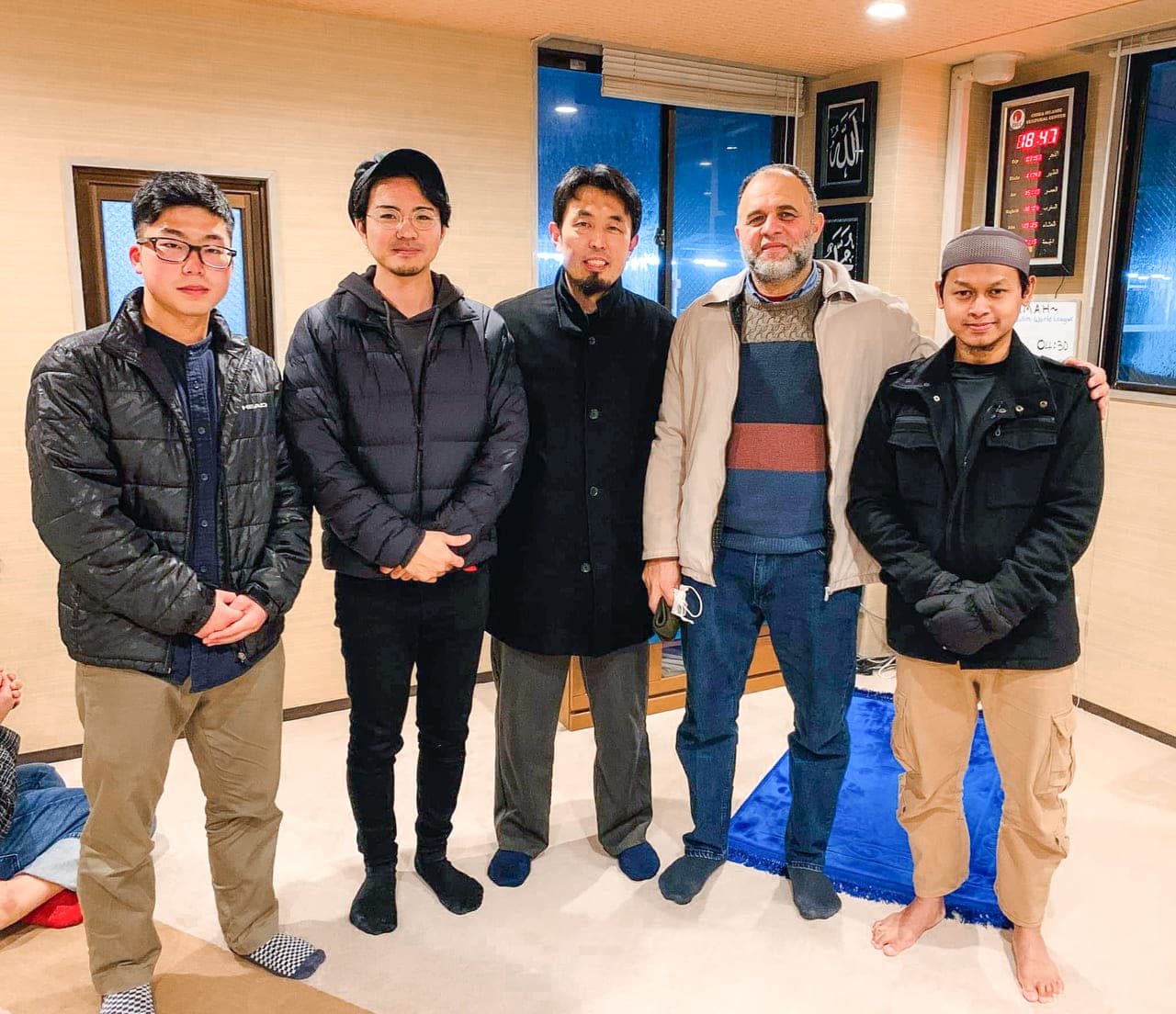 Yuta had iftar together with Muslim friends 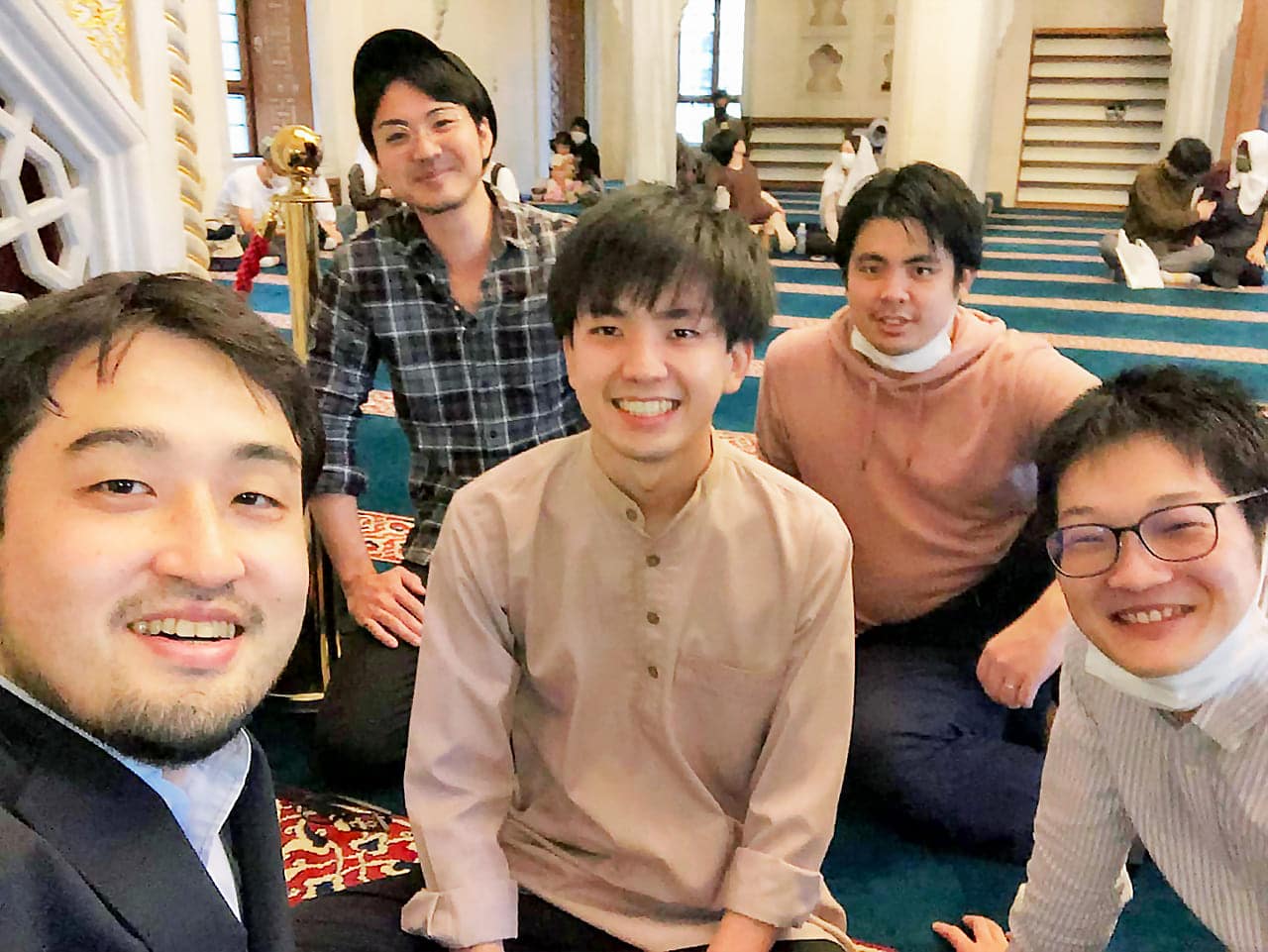 Yuta shares his revert with his family and friends. Alhamdulillah, he was welcomed warmly, even one of his family members did revert too! Working in an export-import business for halal foods with Muslim colleagues to do the job and do Islamic practice together, enhance the feeling of gratitude in his heart.

Moreover, Yuta is now actively participating in Islamic events and introducing Islam to younger generations as well as those who are interested in Islam through nashid songs (Islamic vocal music). 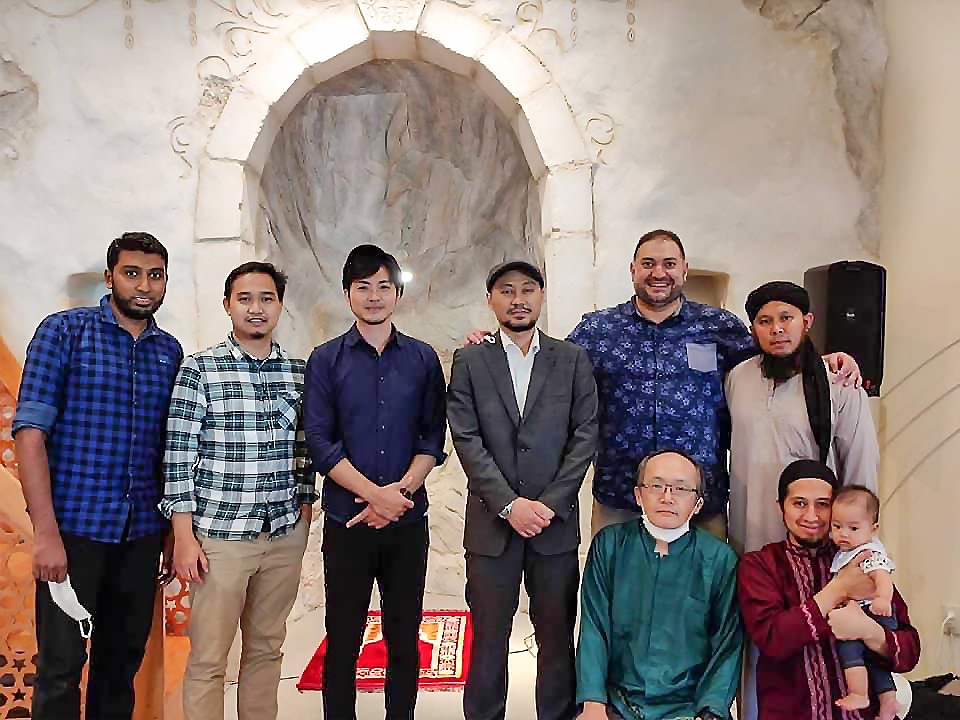 The Revert; Before and After

“Everything has changed. It’s like waking up”, said Yuta describing the moment when he felt the hidayah and decided to revert to Islam. 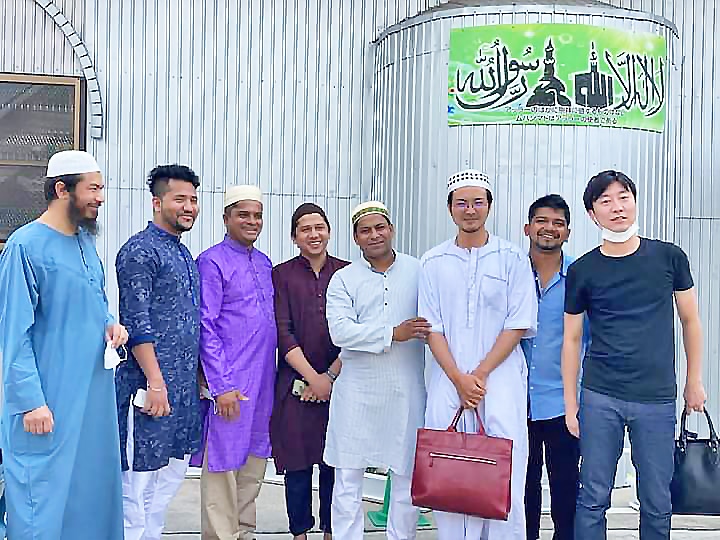 According to Yuta, the perspective of life he had, which is strongly rooted in Japan, is one-time life that will be over when a person dies and is worldly-minded. The perspective leads people to tend to focus strongly on their current life such as their own success, wealth, and status in society. On the contrary, he feels his heart much lighter after reverting to the awareness of the afterlife and more focusing on the meaning of life itself.

“I am living for Allah, for my beloved family and friends, and to have my friends know more about Islam. I am now strongly aware that there is an afterlife”, he mentioned. 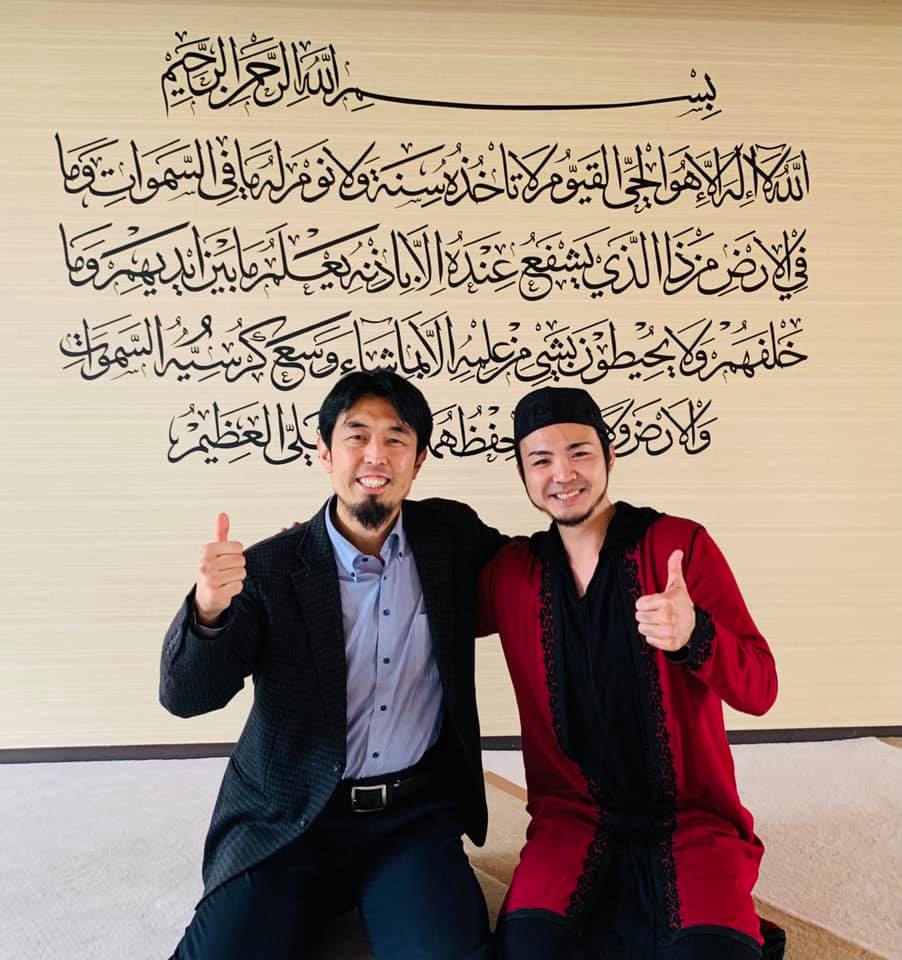 Target to Achieve in Ramadan 2022

Knowing yourself and being balanced is what Yuta wants to achieve in Ramadan 2020.

It is not easy fasting for him this year since he has to do it under various conditions. “I inspired myself to make the hard conditions as a step to jump higher and as a challenge. However, I couldn’t keep up with my body and I got sick”, Yuta said.

The condition realizes him the importance of knowing and understanding himself, and balance of life and religious practice. He found peace in reverting, for sure, but he was suffering by forcing himself. 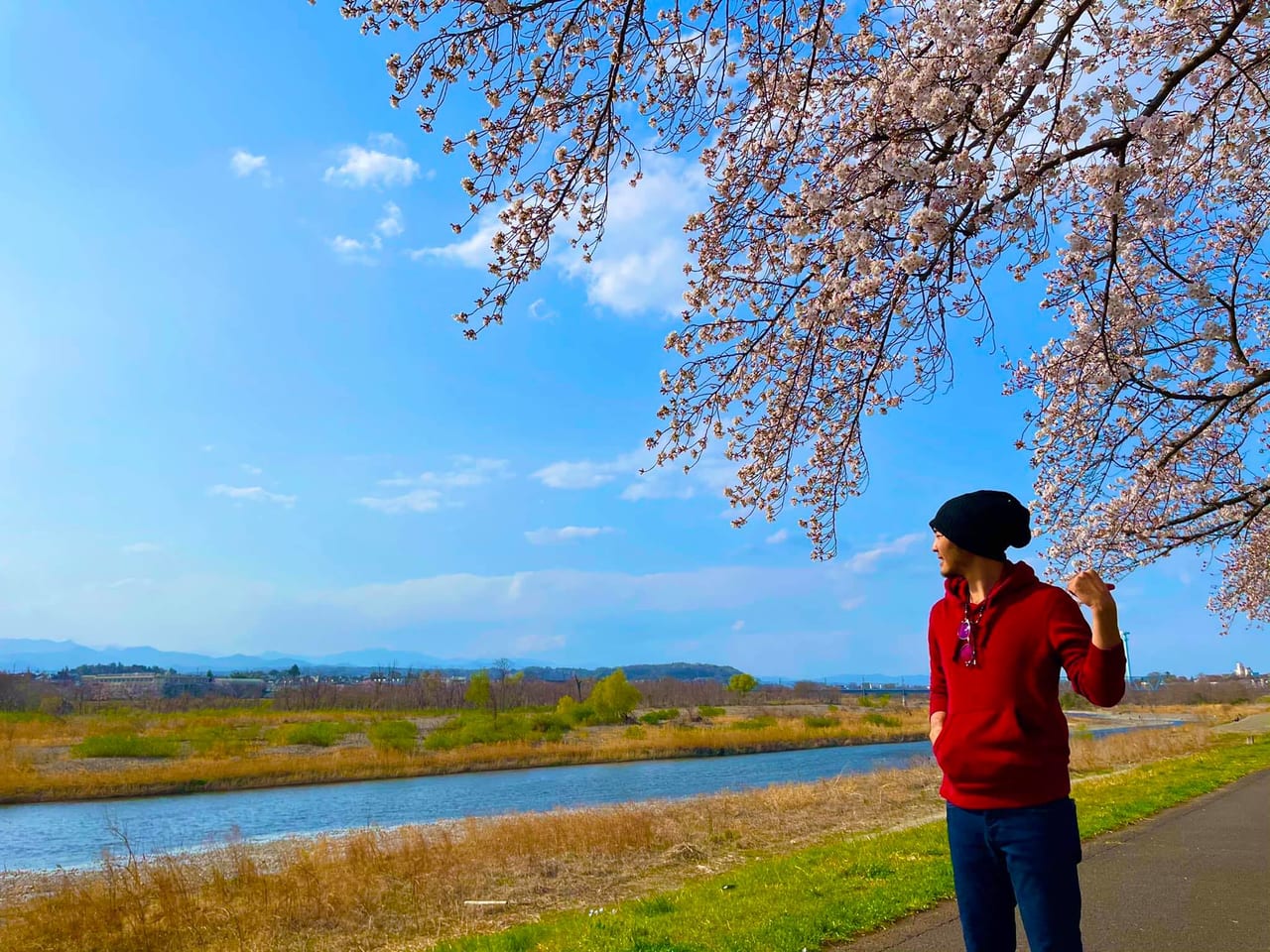 Religion is between a person and Allah, in addition to that everyone has their own conditions that, in most cases, other people do not know. It is here to balance body and mind without any purpose to complicate.

“I would like to take into account the opinions of others, consult with my mind and body, and send them to Allah at my own pace”, he said.

Must See! This is How to Proceed Reverting to Islam in Japan (Mu’allaf)
Fasting in Japan: Japanese Muslim’s A Day of Fasting in Ramadhan 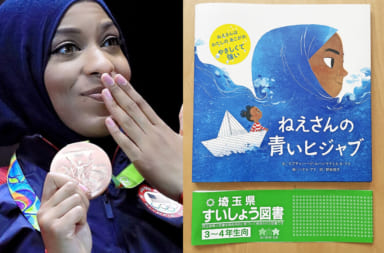