Began the journey as a Master’s student at a Graduate School of Human Sciences at Sophia University in Tokyo, I started a career as a musician in Japan as well as working as a content writer in Tokyo.

I was doing a music band during my high school in Indonesia as a vocalist in 2010 which then brought us to spread our music on the internet in 2011. It was pretty challenging as we were a very small yet nationally unknown music band, but I still remember how happy we were to get a few likes for our video on Youtube.

Continue my study at the Japanese literature faculty in a university in Bandung (West Java), Indonesia, I had an opportunity to join a U2U short-term student exchange in Nara, Japan in 2014. One year as an exchange student in Japan is one of the most important events in my life. There was a chance where my friends and I spent New Year in a karaoke box, then they recommended me to join a television program “Nodojiman The World” (broadcasted by Nihon Television or NTV). It is a TV program that presents foreigners in Japan sing Japanese songs. Their support encouraged me to apply for the program. 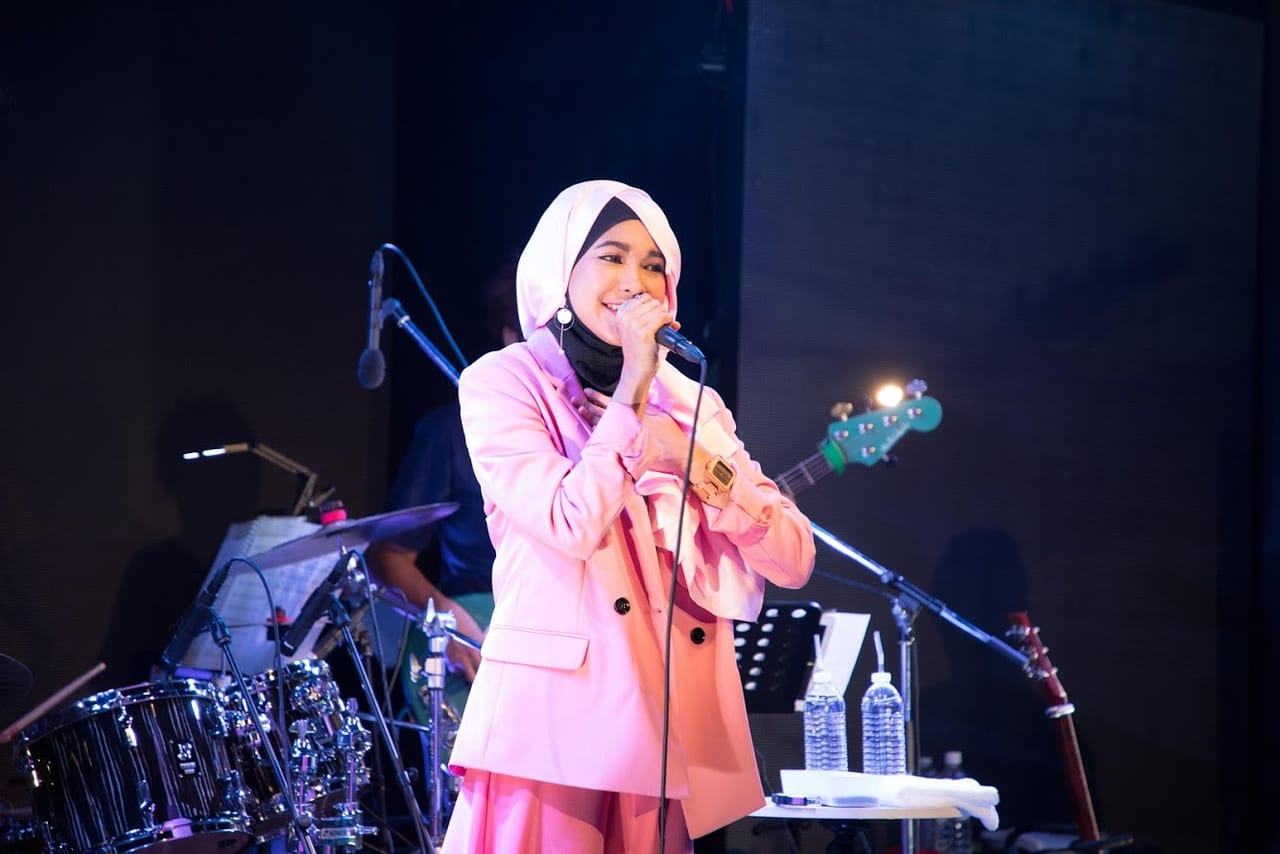 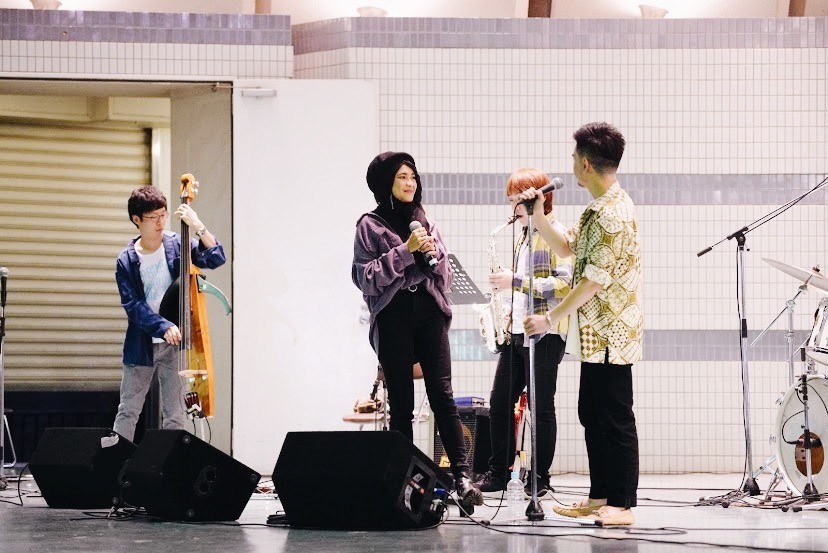 In the spring of next year, I got an email from the producer of the TV program who said that they are interested in the Youtube video we posted in 2011. Alhamdulillah, I then went to Tokyo to join the TV program.

Finding a Passion; From Egypt to Japan

Of course, my main purpose in Japan is to pursue the study and gain experience.

It took me a lot of effort to receive the short-term exchange student opportunity to Japan since all students from any faculty in the university can join the selection, from document screening and writing an essay to presentation test and interview test. Alhamdulillah, I passed all the tests and I’m ready for Japan!

In Nara, I studied Japanese Culture and Society at Tenri University, Nara for a year. It was a great experience I have to be able to study and interact with other students. Then I came back to finish my study in Indonesia and did my very best for MEXT Scholarship.

Study in Japan? Here Are the Types of Scholarship You Can Find!
Applying for University in Japan? Make Sure to Prepare the Following!

Last performance I presented as an exchange student at Tenri University

I was applying for MEXT G2G (government to government) research for the Master’s and Doctoral program. I had to pass from document screening and written test (in English and Japanese) and interview test and presentation of my research plan.

There are English and Japanese as an intermediate language, I chose the Japanese program so I will have all classes in Japanese.

My journey in studying and doing research in the Master’s program, of course, pretty challenging. Even though I had Japanese skills with me, but it required my efforts to learn the language more because I need to master difficult terminology for the social welfare study, from law and medical terms to psychology and economy. 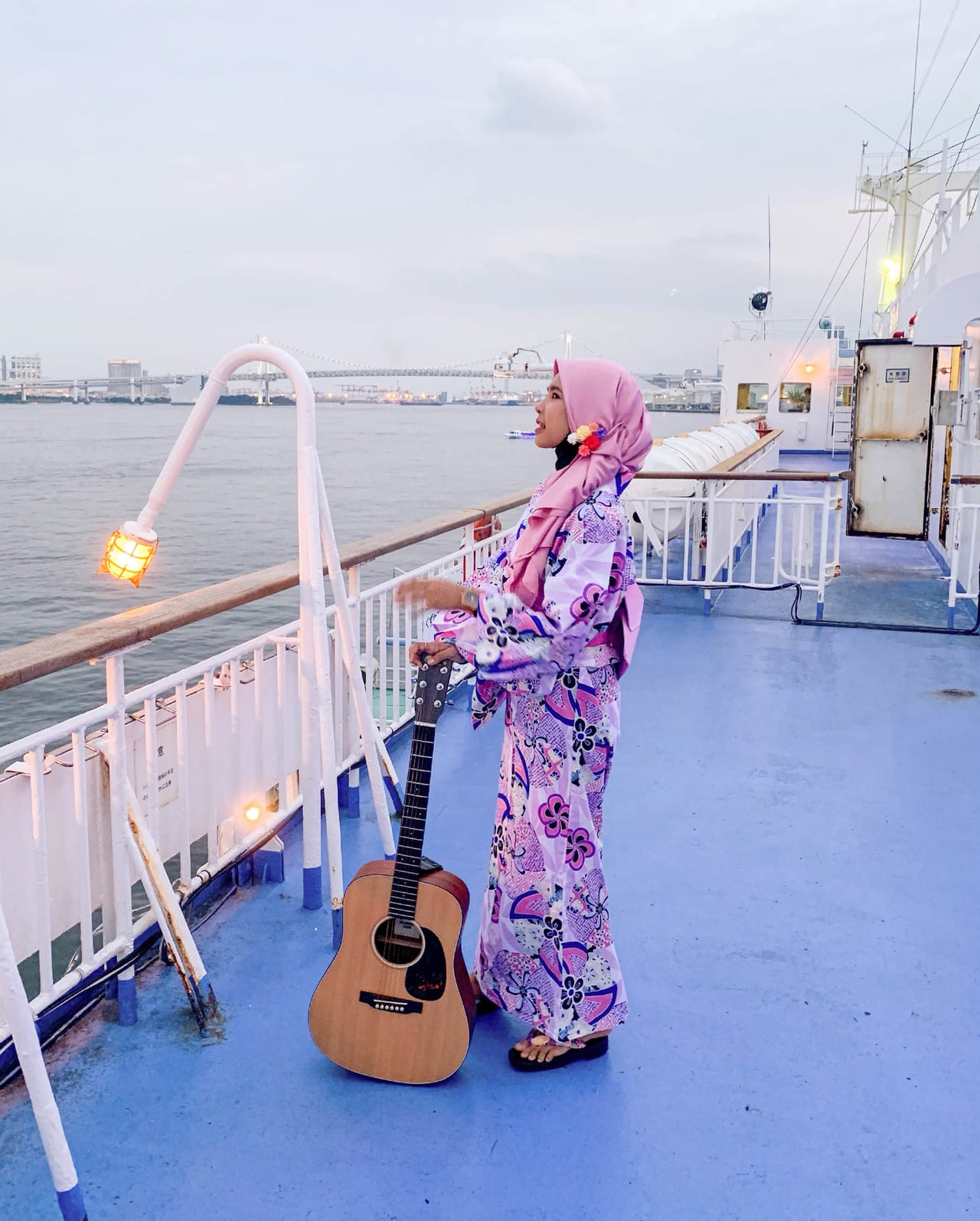 Since I study in the Japanese program, my classmates are mostly Japanese or Chinese, and I am the one who is Indonesian. The environment encouraged me to talk in Japanese to everyone which then help me a lot in improving my Japanese skills.

Thanks to NTV! I Became a Real Singer!

In September 2015, I visited Tokyo to joined the TV program and presented two songs with me, “Goodbye Days” by YUI that brought me to the final stage, and “Blue Bird” by Ikimono Gakari (the OST from the popular ninja-themed anime, NARUTO) that brought me to be the winner of Nodojiman The World 2015!

Then Allah enlightens my way.

The video of me singing “Blue Bird” got viral on social media and I got a lot of inquiries from music agencies both from Japan and Indonesia.

In 2018, I signed a contract with one of the music agency to prepare my debut as a singer-songwriter in Japan, and in September 2019, 4 years after I started to get known in the music industry, I officially debut with a single “For YOU” and sidetrack “Magic Words”. Then in April 2020, I became an independent singer-songwriter and released my next single “We Are Not In Love Anymore” in August 2020.

Alhamdulillah, then I successfully launched my second album “Restless” in 24 December 2021. The album is available on Apple Music, Amazon Music, and more.

Ups and Downs as a Hijab-Wearing Musician

It is a lie if I say I didn’t face struggles especially as a hijab-wearing musician which is still very minority, and in a country that is not my home country. I held a lot of worries, of course. I was wondering will I, with a different fashion style and appearance, be accepted and recognized as a singer?

Surprisingly, those worries were just useless! On the contrary, my hijab and fashion style become an attraction and a character of myself. It brought me to a stage where people were enthusiastic waiting for me standing on the stage. I even had a full-house solo live in Tokyo and Osaka with all seats sold out! For me, this is a great achievement I grateful for. 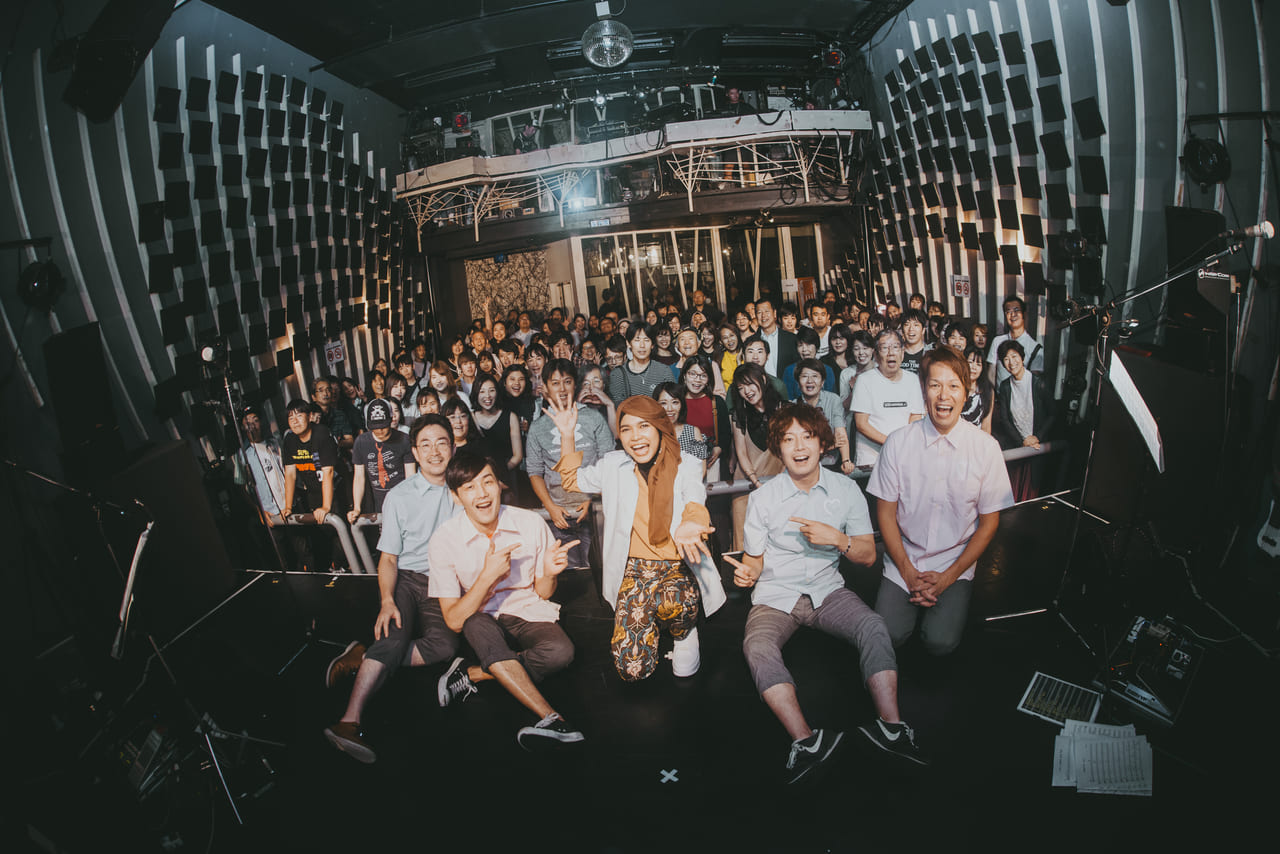 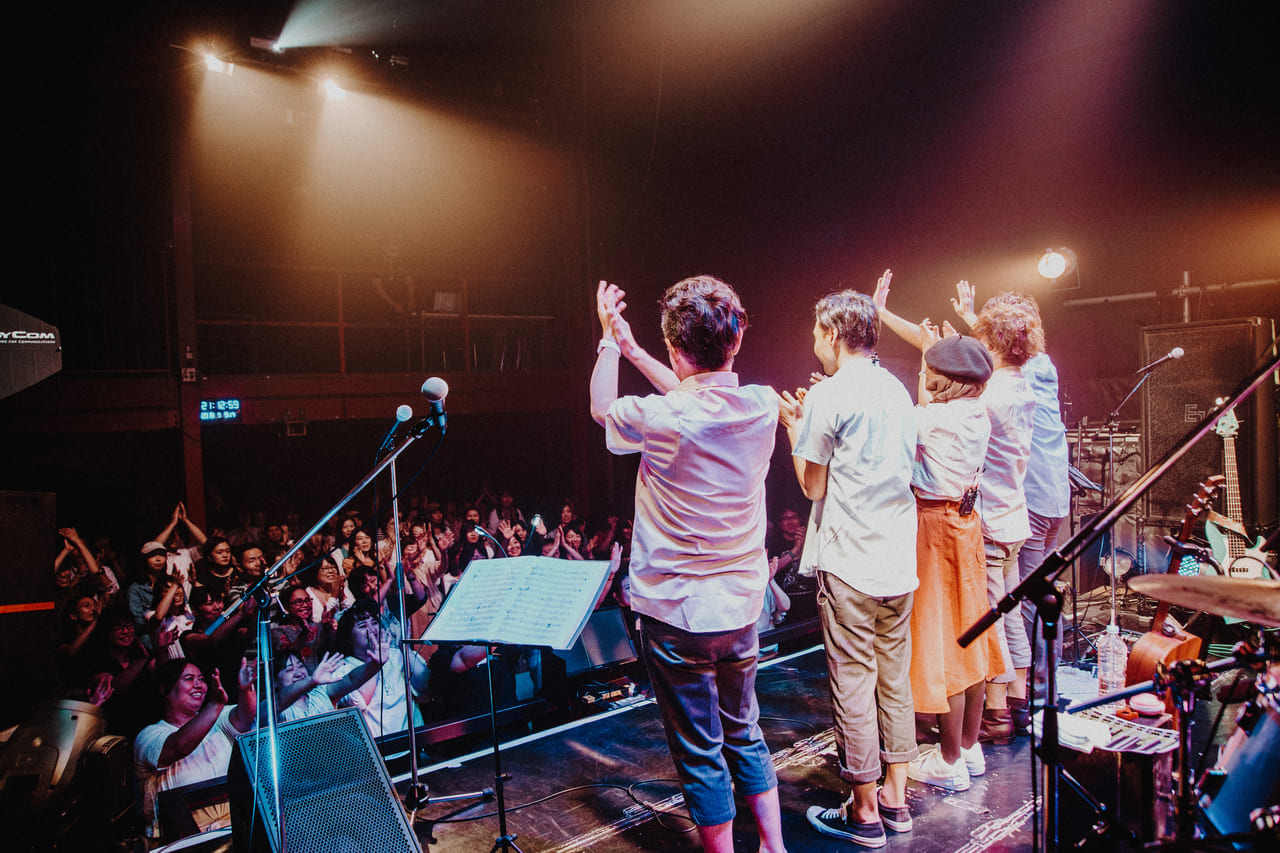 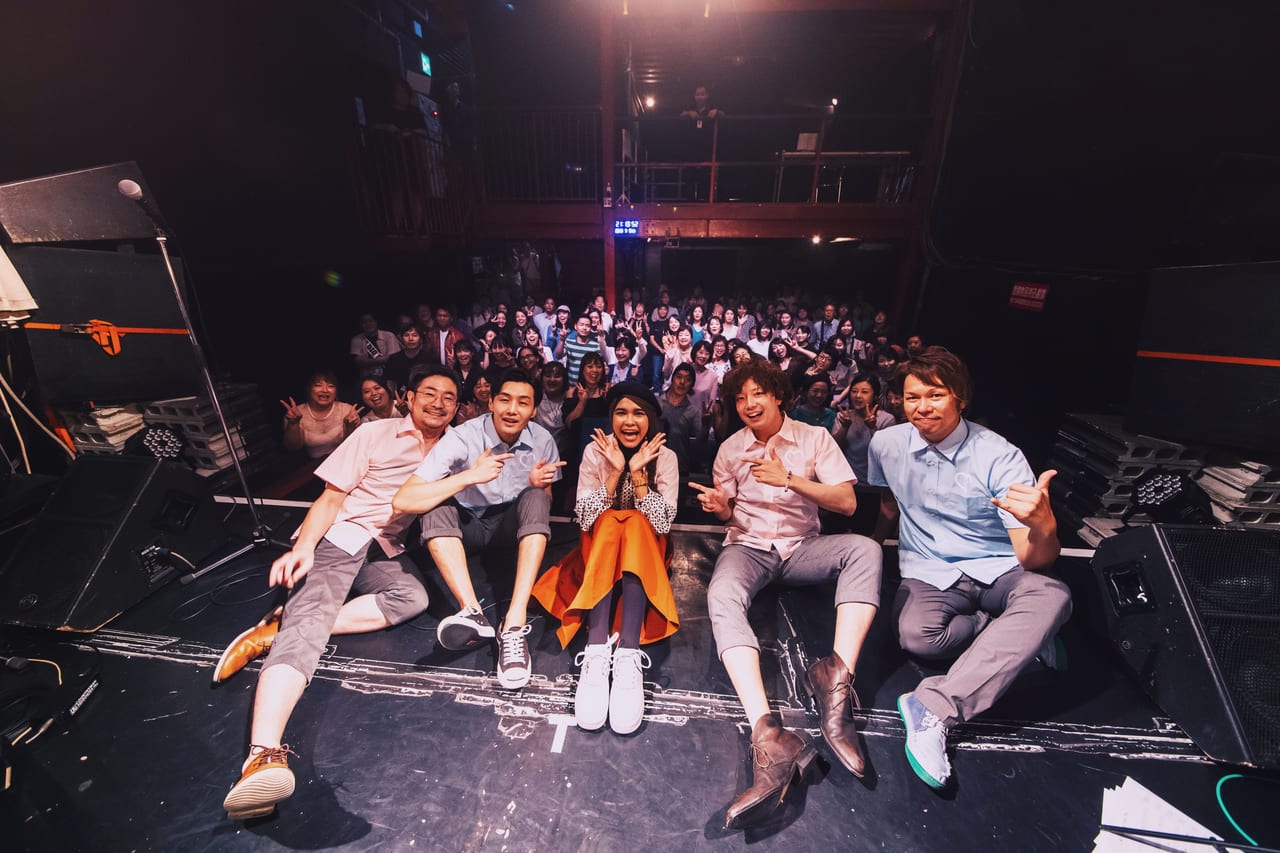 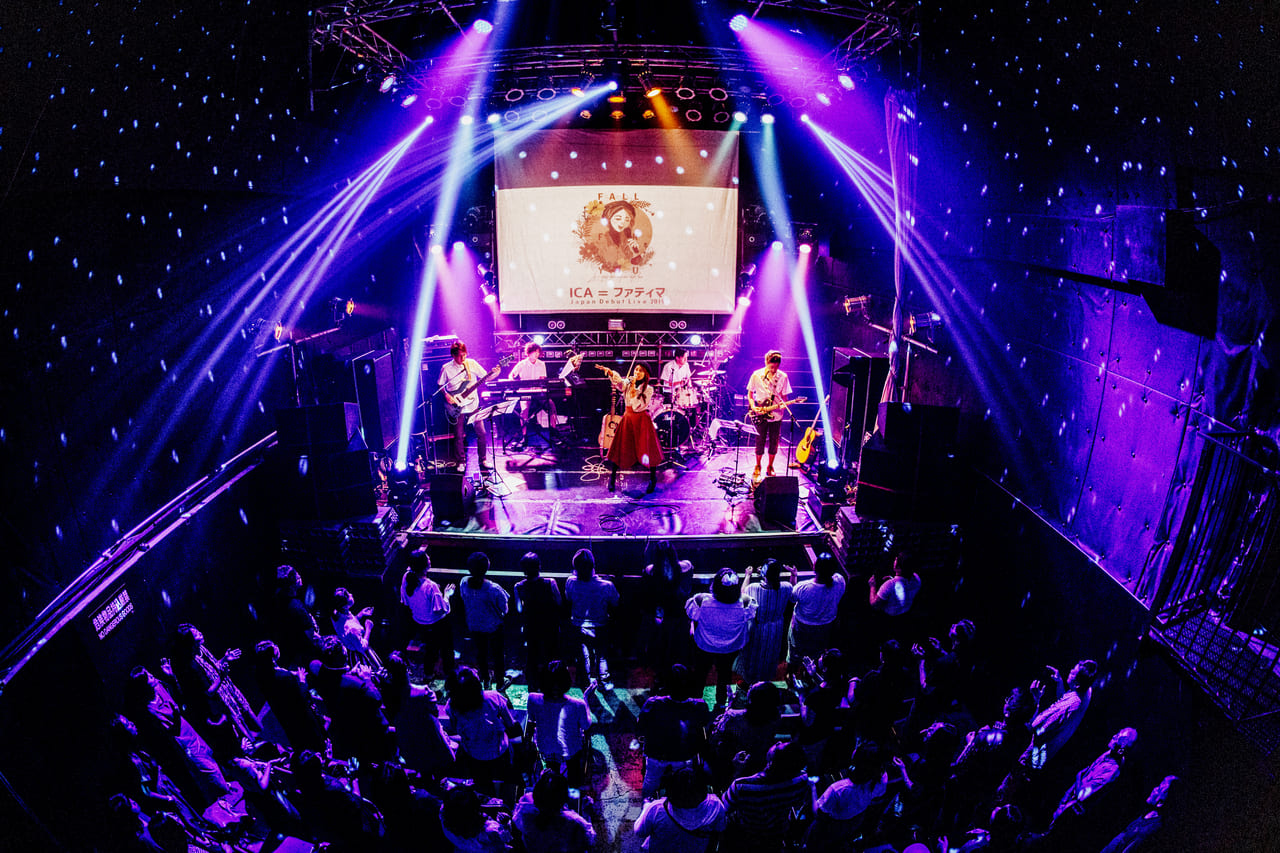 More people know about me, a singer with a hijab. Behind it, I faced some words and questions that hurt me a bit, like why I have to be with a hijab while I would be more selling well, or I better change religion because Islam doesn’t good for me. Oh my!

However, I think that it was just because of a misunderstanding. Alhamdulillah, then one by one accept me as I am and my music, they even eagerly waiting for my next work!

Doesn’t study is very busy already? Why you do part-time jobs too aside from singing? Don’t you get a scholarship? You might be confused about this after reading the above. 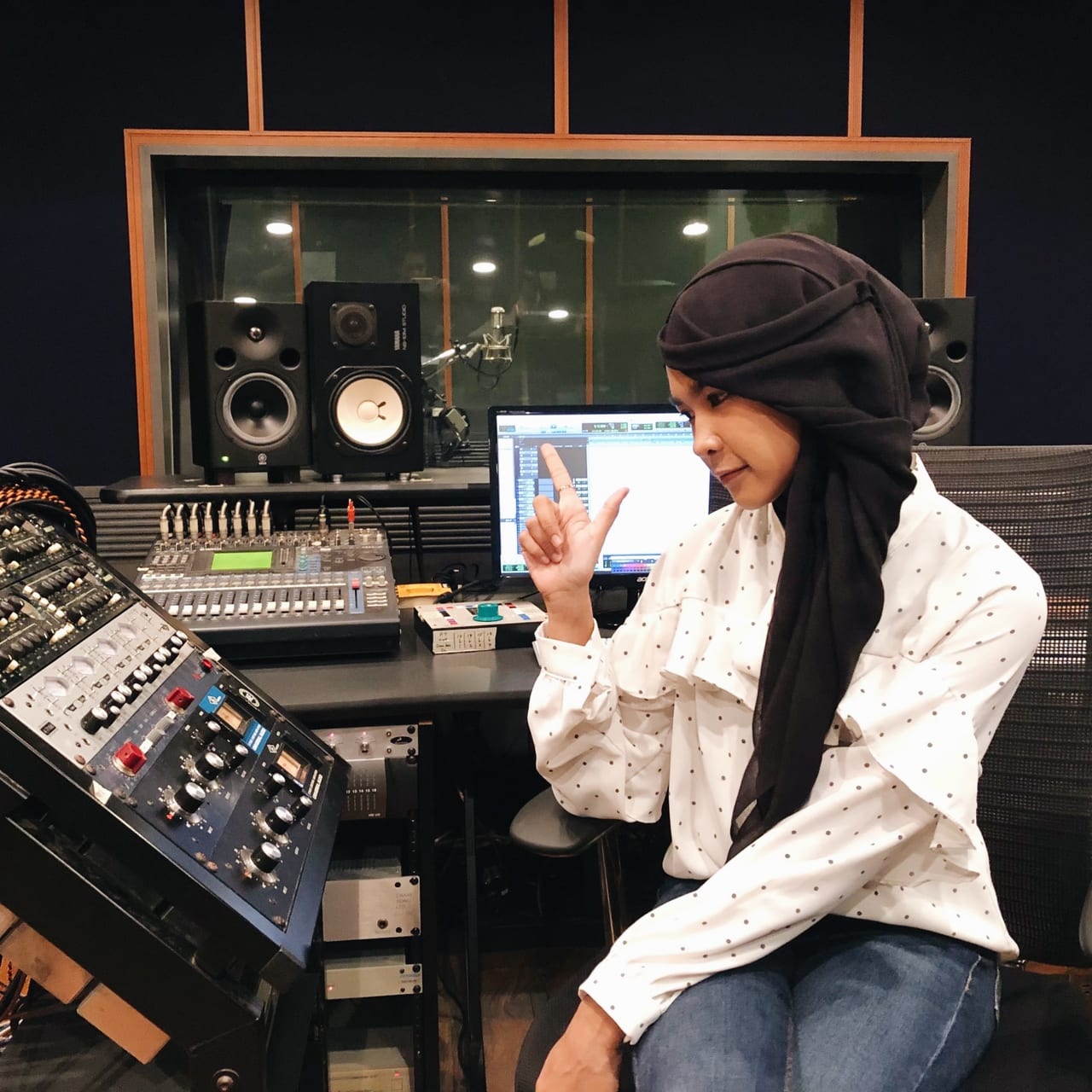 My main purpose in Japan is as a Master’s student, so my main job is to study! However, if you think that becomes a musician means rich, I tell you it’s not. I hear my music flows in many places, I signed a contract with an agency, but I am a part-time musician. I can’t be full-time because my status is a student and I am under a scholarship. Furthermore, music events or festivals don’t hold every week and I need to get some income for a living, aside from the scholarship.

Again, Alhamdulillah, Allah opens the way for me. There is an IT and media-related company that is looking for a content writer for the Indonesian audience. They asked me to join as a part-time writer an hour after the interview! I started work in the company for a couple of time and they promote me to be a permanent employee this year! Alhamdulillah.

5 Things Muslims Need to Know When Working in Japan
How Allah Guides Me to Work in Japan (With Tips and Tricks)
Malaysian Muslimah Working in Japan; “Effort Won’t Betray You”

My music activity is mostly at night or on the weekend, so I don’t have any trouble managing my time between study and music. But I have to sacrifice sleep and playtime. I have classes in the morning, then go to work until 7 pm. After that, I have an option to directly go back home or go to the music studio for training. If I have a music live schedule, I will be in the music studio until late at night, go back home, and do my assignment.

Doing the same routine with a tight schedule is stressful! On my way, I spare time in the morning or on the weekend to do a light workout, meet friends and talk about everything, eat everything I want, and laugh as much as possible.

I in the past thought that having a lot of work and extremely busy is something cool. But now I think that the balance between business and health is the most important thing ever. All the business and works are useless if you are ending in a hospital bed. While balancing study, work, and music, I will continue to produce works that all of you will be exciting about. 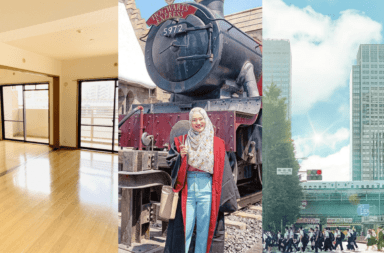 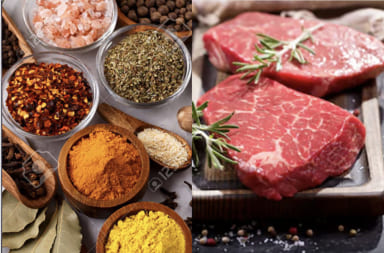 Information About COVID-19 Financial Aid for INDIVIDUALS in Japan