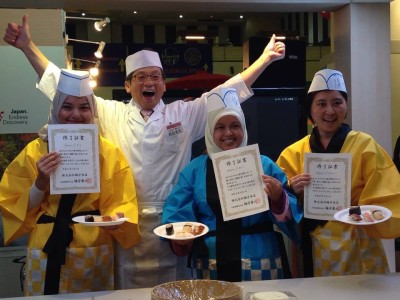 MATTA Fair is the biggest travel exposition in Malaysia.
On September 4th, 5th, and 6th 2015, approximately 400 travel agency companies from all over the world and approximately 80,000 people from around Malaysia gathered to the great travel exposition for discovering attractions of each country and participating in the battle for promoting travelers to visit their country.

Among which, a trial sushi class was requested for the JAPAN booth, and “Umemori Sushi School” (http://umemori-sushischool.com/) with campuses in Nara and Kyoto Prefecture did a demonstration.

Used ingredients were prawn, unagi (grilled eel), tamago (egg), and tuna can.
Traditionally, sushi ingredients are often HALAL; however, these ingredients were selected after many considerations to the fact that there are many people that cannot take uncooked food. A sushi rice using HALAL sushi vinegar was prepared with the cooperation of a local sushi restaurant. We did not know what kind of customers will participate in the trial, so we carefully researched and examined such that even strict Muslims can participate in the trial.

A total of 4 stages were carried out, two a day.
Participants were selected during the stage by raising their hands.
Although we did the best we could in preparing, we were anxious whether or not we can get enough participants.

When the host asked “Who wants to experience sushi making?,” more people than we expected raised their hands.
Of course, there were Muslim people among the candidates.

Yasuyuki Umemori, The president of “Umemori Sushi School” taught participants how to make sushi in person, and although the participants looked tense at first, they gradually started smiling and finished making 4 pieces of sushi very well.

Finally, a certificate awarding ceremony customary to “Umemori Sushi School” was held.
The participants were surprised to receive a certificate with their names printed, and friends and family of participants were taking pictures of the stage with great smile.
“Umemori Sushi School” was a great demonstration realized with the help of sushi restaurants in Malaysia in transporting, of course, Muslim friendly sushi school is also available in the main school located in Nara Prefecture!

We are hoping that our wish of wanting “Many people from all over the world to feel the heart of Japan through sushi” will cross the sea and overcome borders of religion to appropriately transmit the deliciousness of sushi.
Please stop by at “Umemori sushi school” when you visit Nara or Kyoto Prefecture! 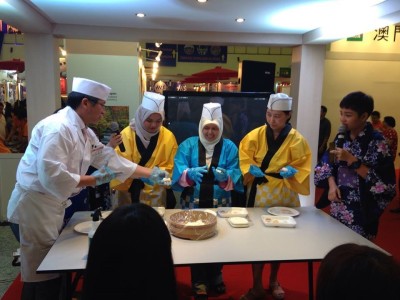 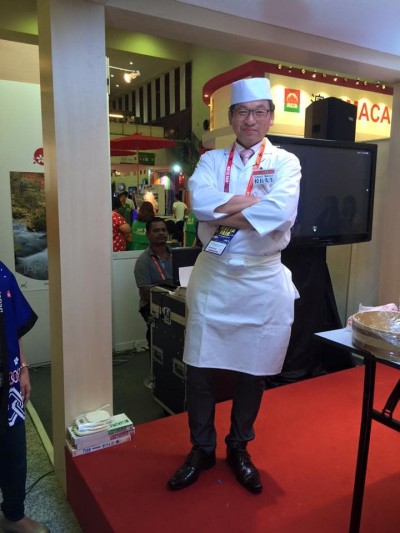 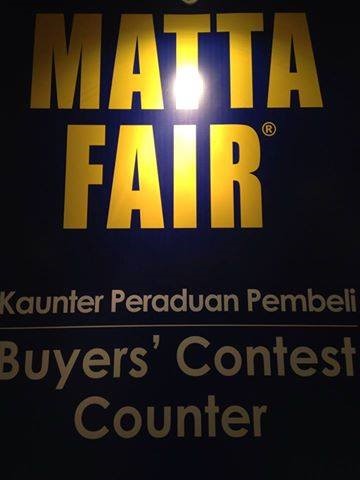 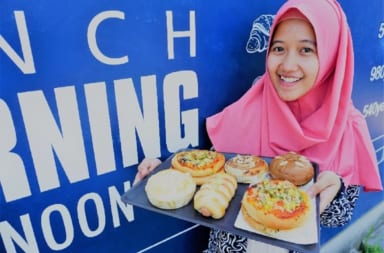 Lolita Culture, from Tokyo to the World! “Kawaii Hijabi from Tokyo” The First Muslim Lolita Event will be Held on Halal Expo Japan 2017! ! 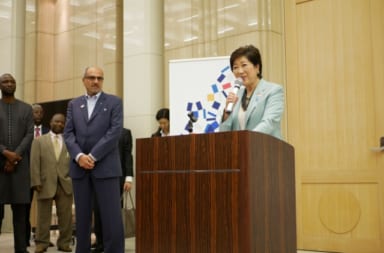 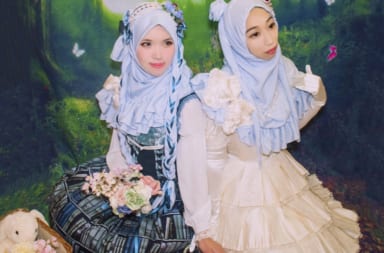