The Chef Who Has Traveled to Vancouver, Beijing, and France

The chef we introduce in this article is known as the “Diplomat Taste”, Mr. Eiryou Kudo who was in charge of serving meals for the ambassador’s or consulate’s guests at the official residence with his amazing cooking skills. Inviting influential people from each country to a dinner at the official residence is considered to be one of the most effective diplomatic ways.

Mr. Kudo is now having a vegan course which we are super excited to introduce it to you! 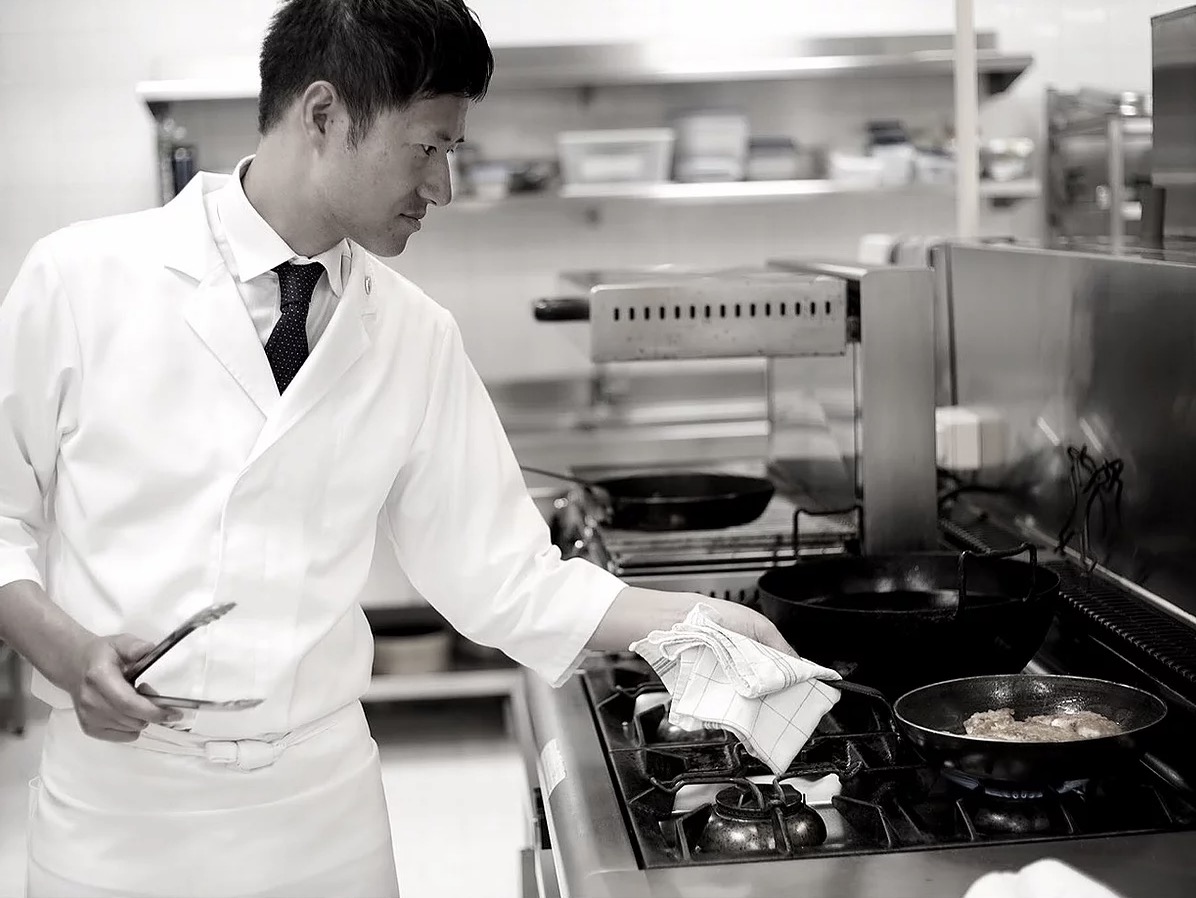 Mr. Eiryou Kudo
Mr. Kudo has been in charge of creating the “Diplomat Taste” that supported diplomatic activities in Canada, China, and France from the aspect of food for 10 years, serving Japanese food to guests from all over the world as hospitality at the official residence. He is currently working as a personal chef, serving food at the request of all over the world.

In addition, he is involved in shop production (menu supervision, etc), as a Japanese cooking instructor with the topic of “The unknown charm of Japanese food”, “How the world sees Japanese food”, “Experience story of the official residence chef”, etc. Recently, he is also active as an instructor in an online cooking class.

There are 9 items in the course. 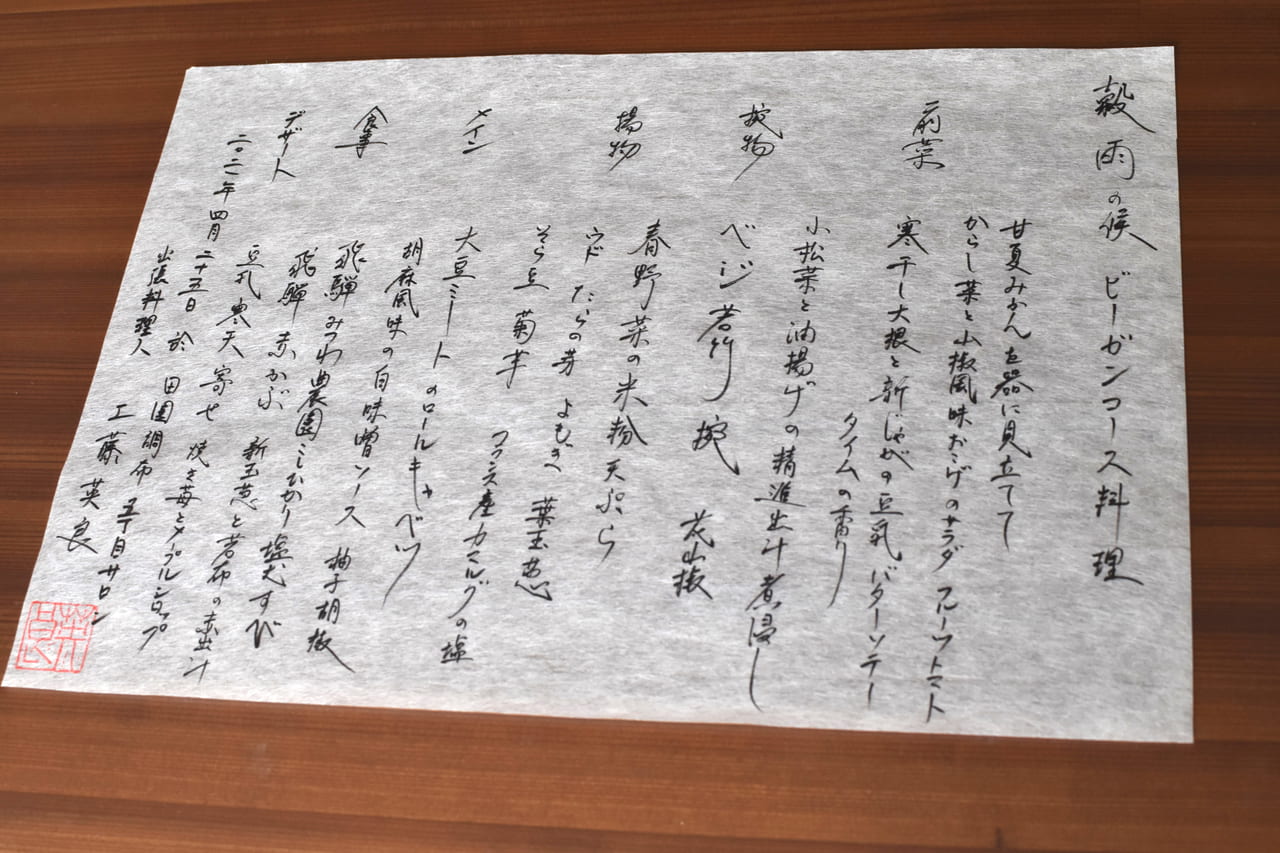 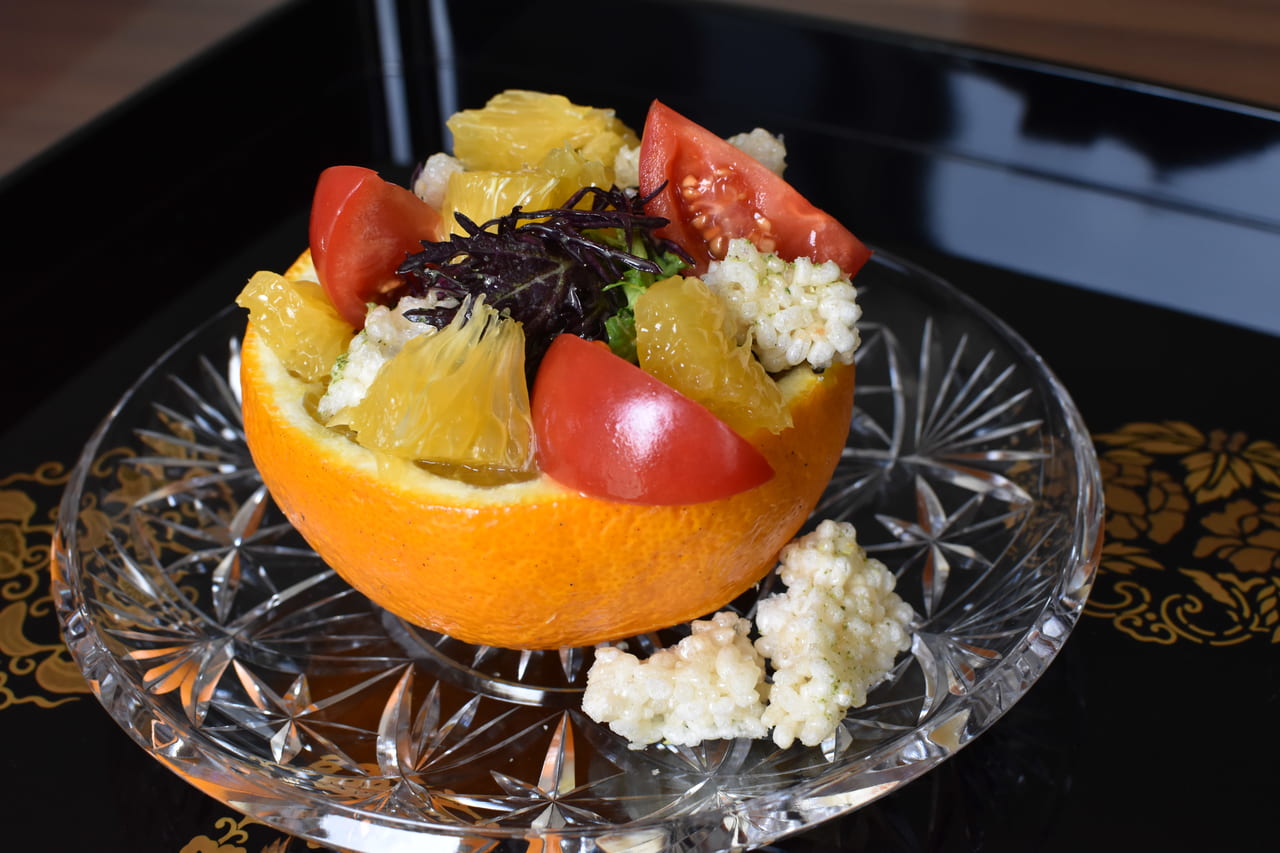 A rare combination of the appetizer with okoge (burnt rice) 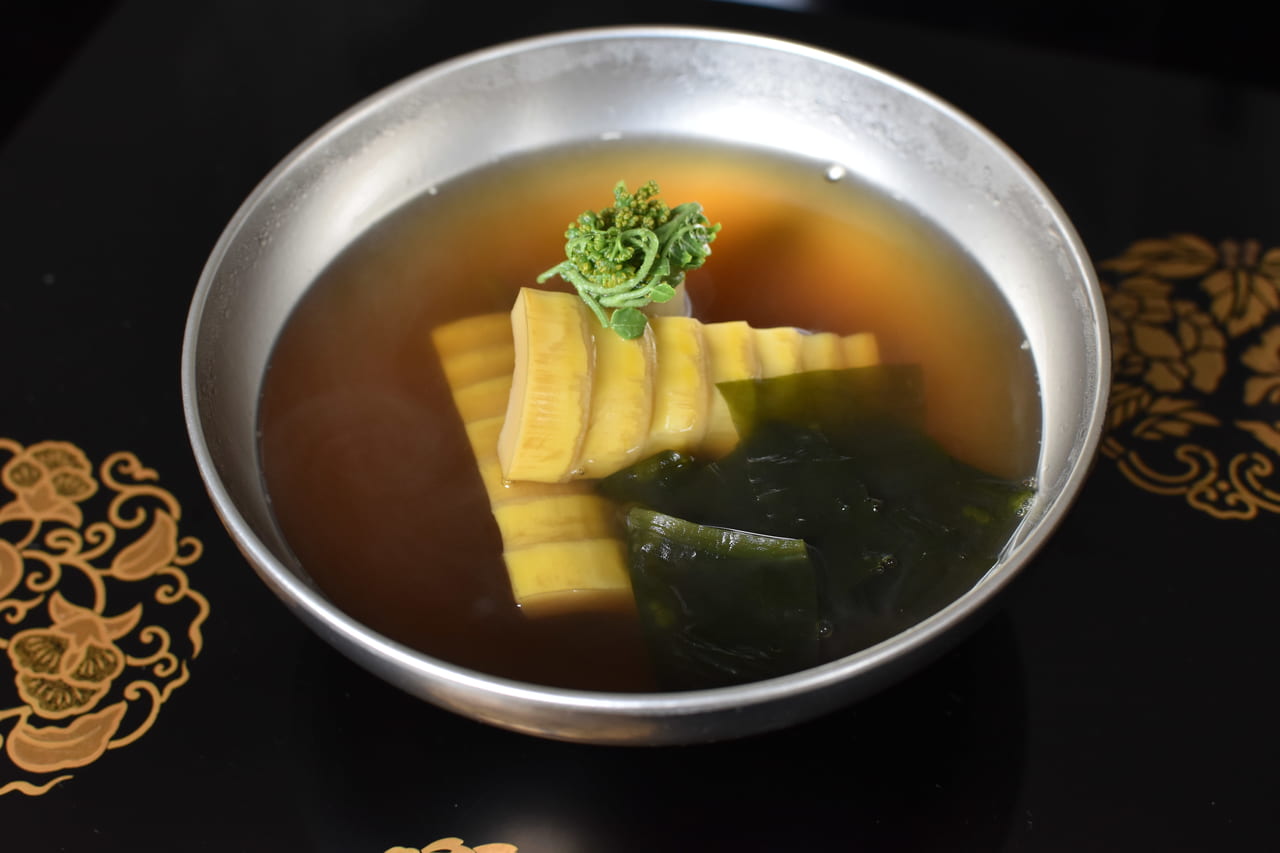 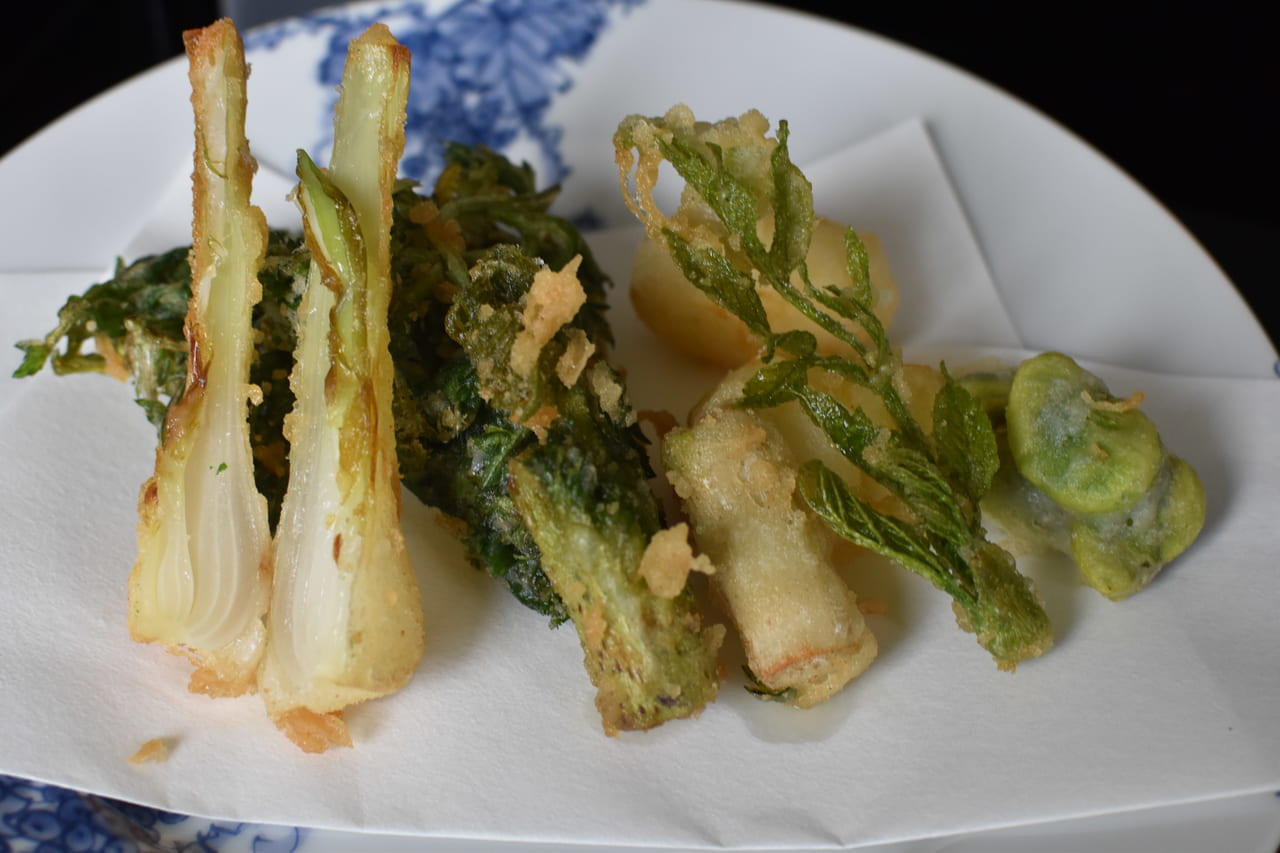 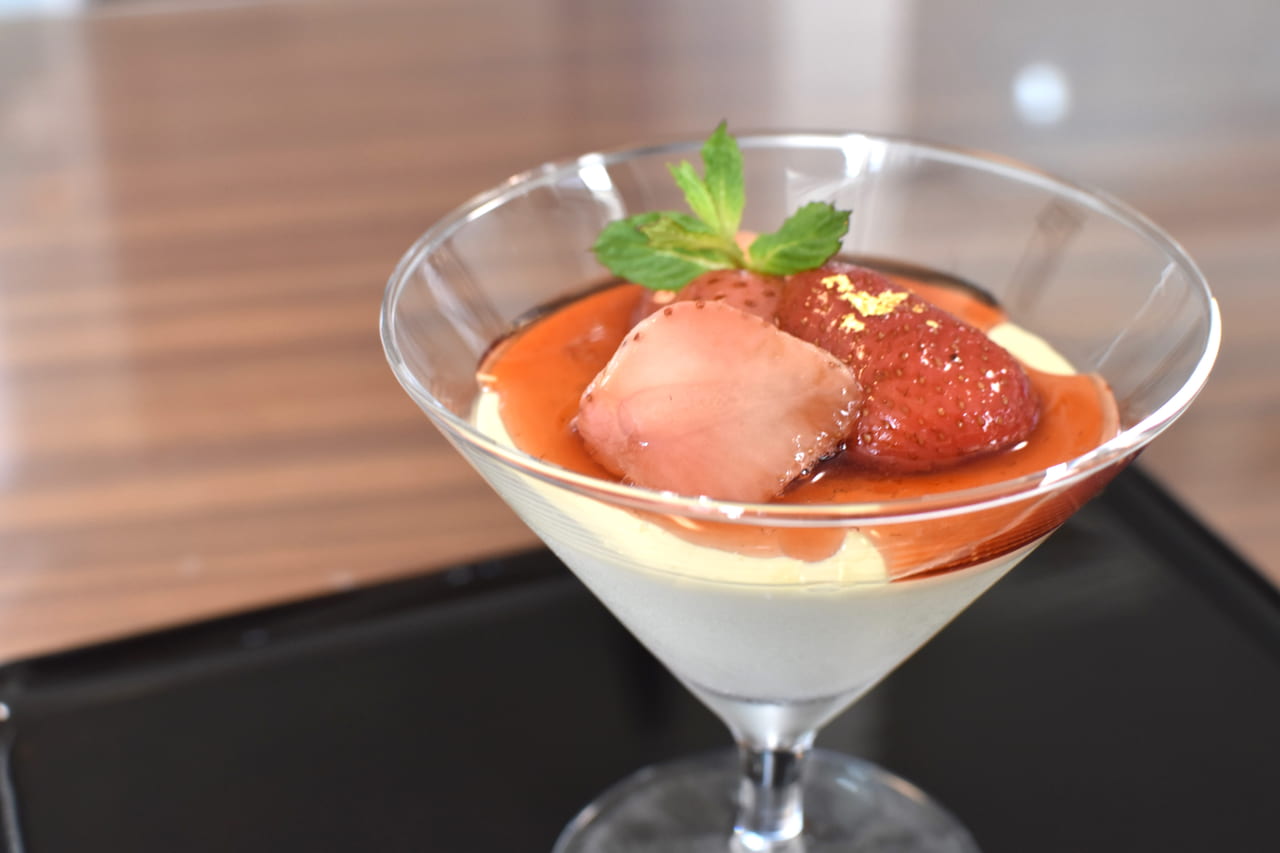 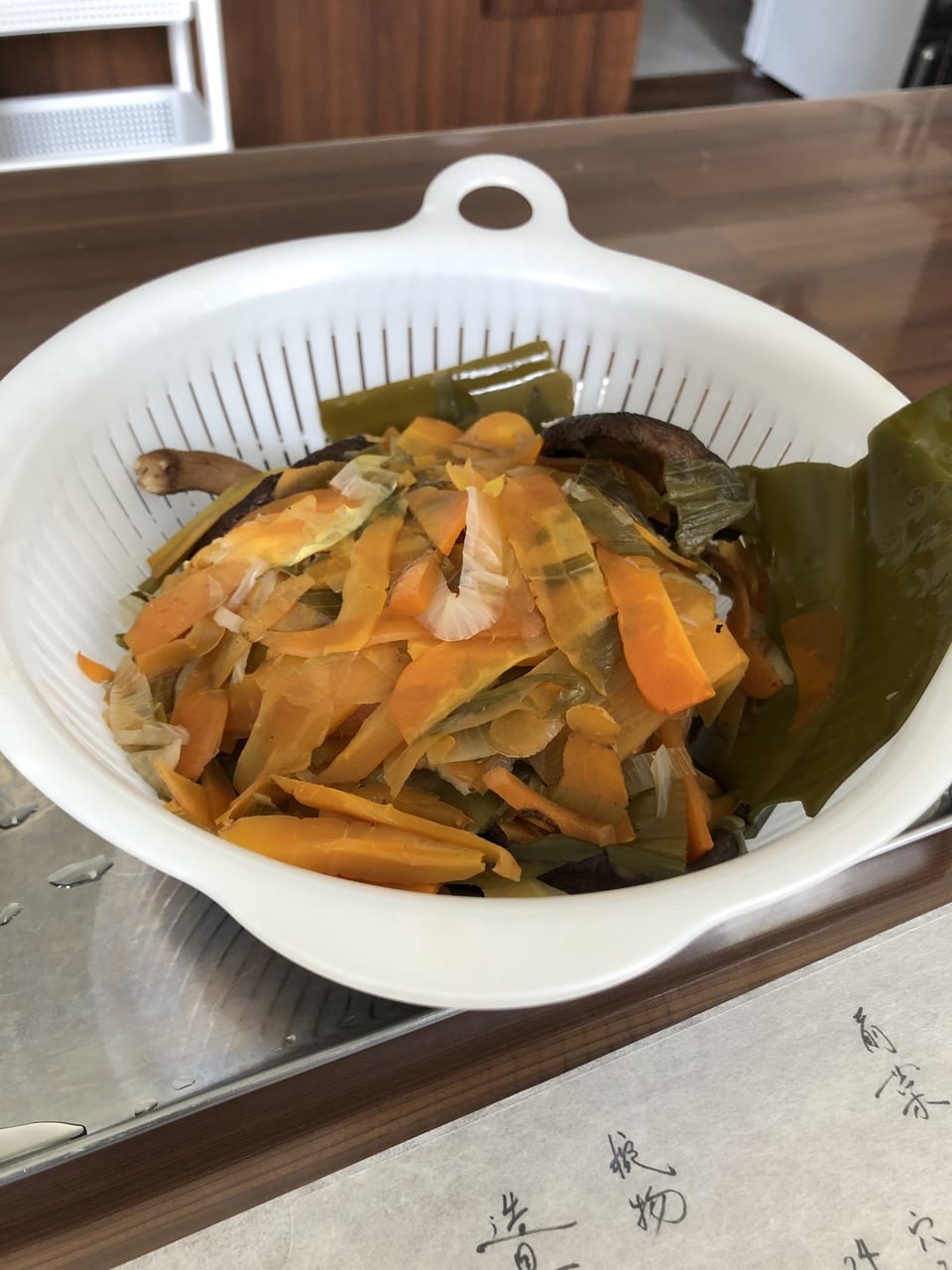 He showed us the ingredients of the special soup that is using several seasonal vegetables such as onions, carrots, ginger, kelp, shiitake, and more.

According to Mr. Kudo, the recognition and awareness of umami have spread rapidly overseas in the last few years.

He said that “In France, the number of restaurants with Japanese Sous-chef (deputy chef) are increasing. When you become a Sous-chef, you are given the authority to decide the menu and accordingly, the menu formulated by Japanese chefs has increased in the last few years. There is a number of chefs from countries who come to study in France then spreading the umami culture that they learned in France after returning to their countries. With this background, I think the recognition of umami culture is coming up”. 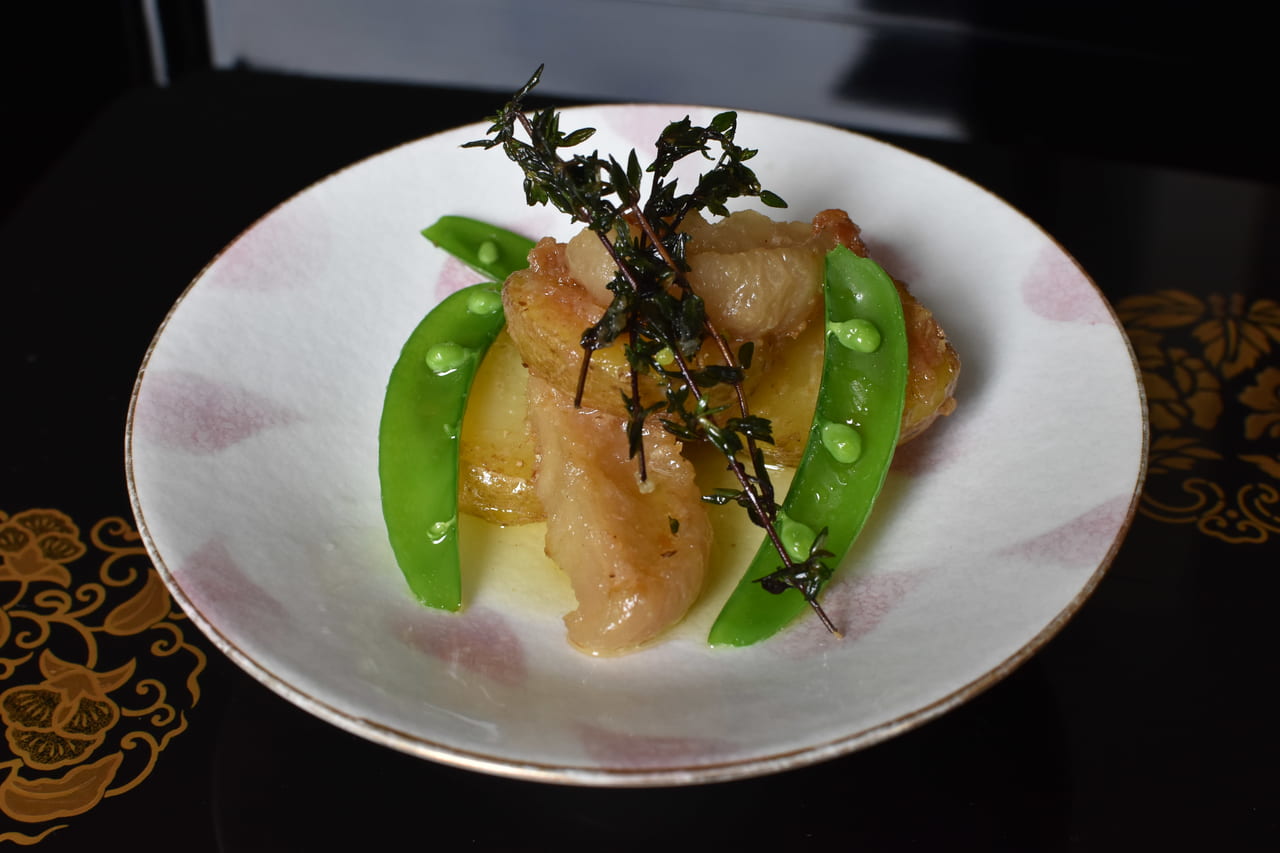 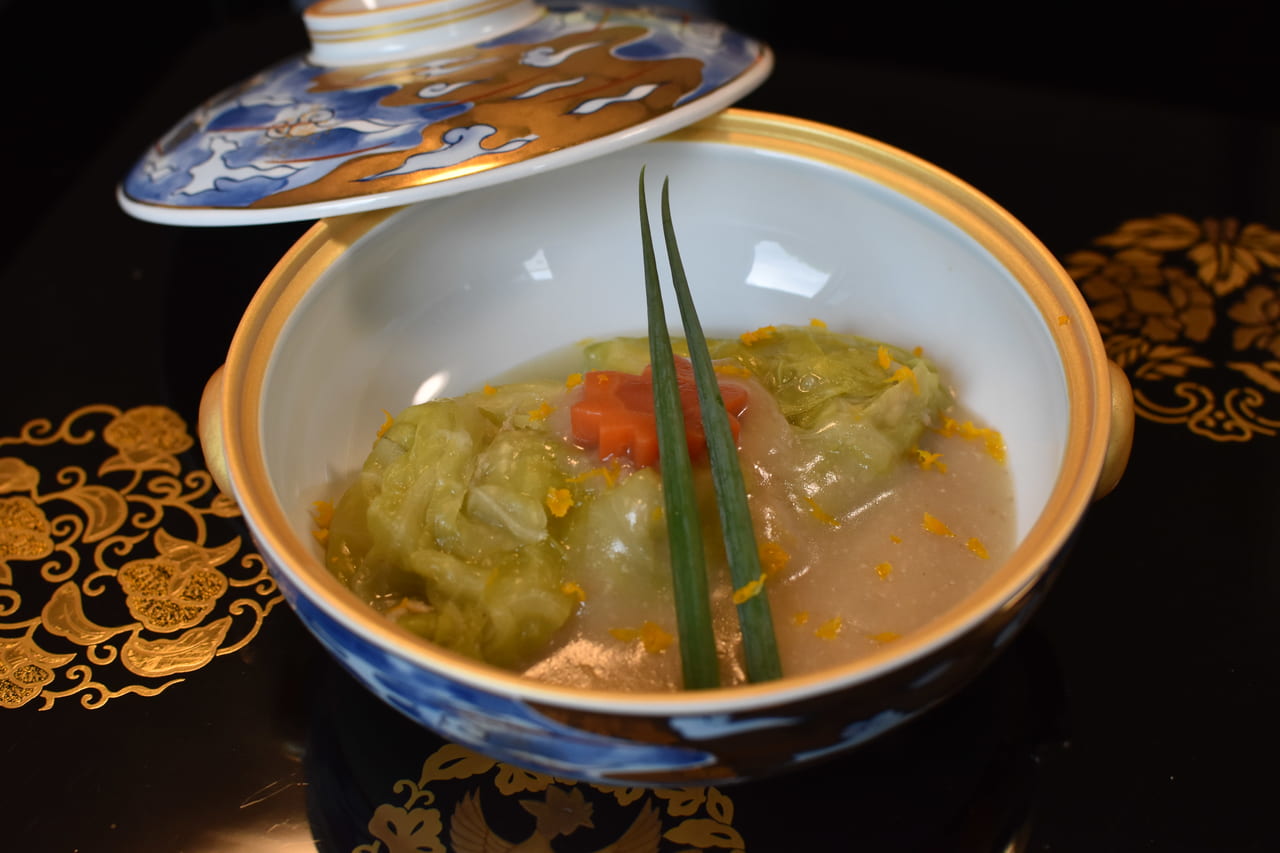 The roll cabbage is filled with soybean meat, lotus root, and Chinese yam. 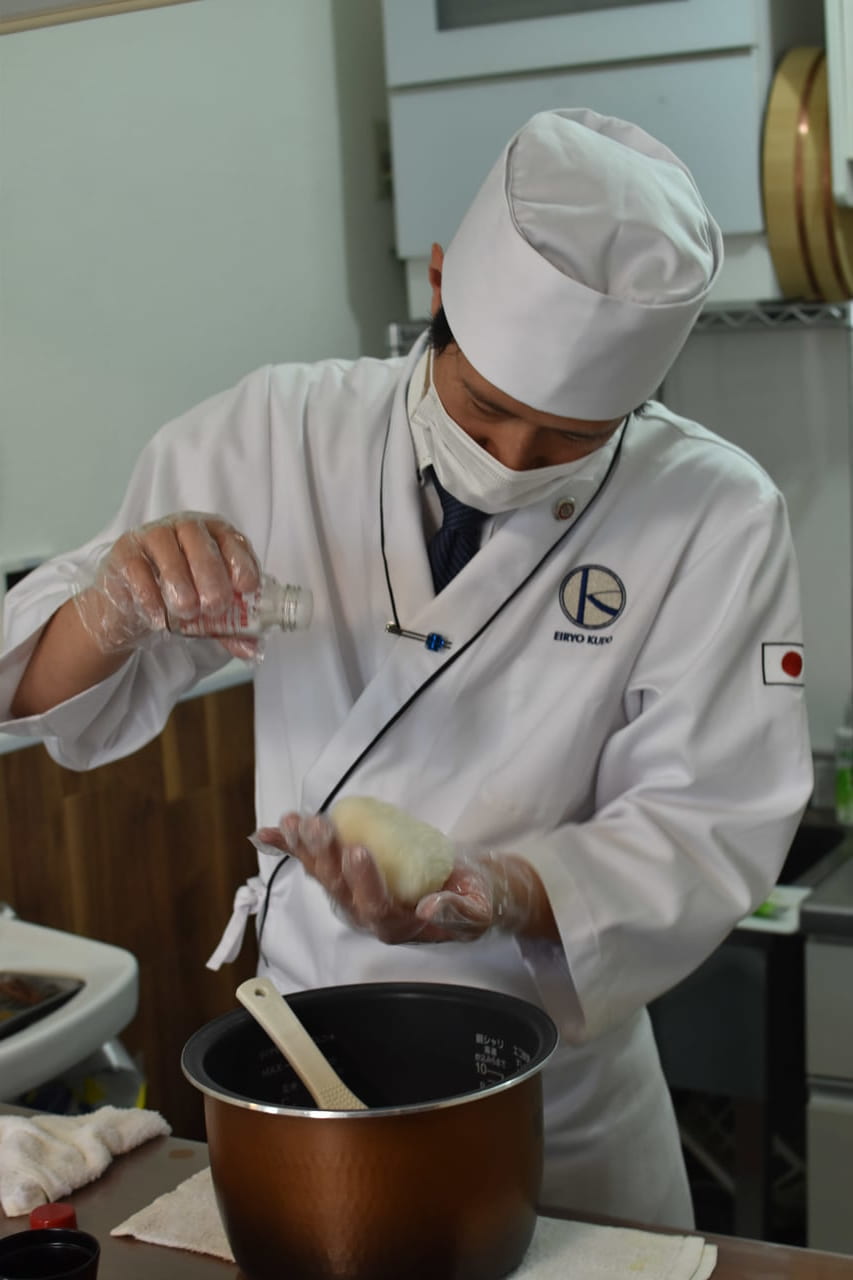 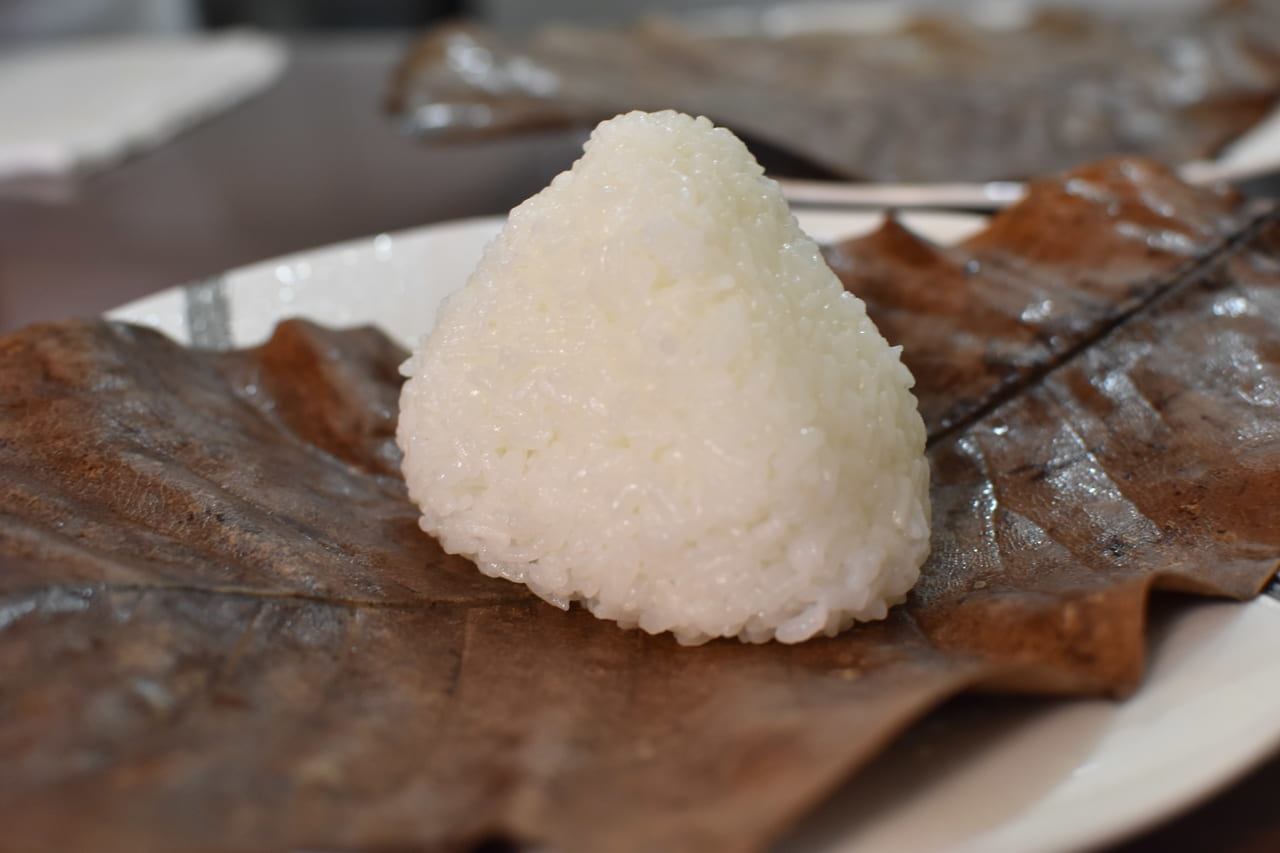 Onigiri or rice ball boom is occurring overseas especially after “Omusubi Gonmai” appeared in Paris and more so that Mr. Kudo uses the kind of onigiri shiomusubi as one of the menus. Mr. Kudo’s shiomusubi uses rice from Mitsuwa Farm that is farmed carefully with detecting wind differences and organize the plots every few meters. The farm’s production area is divided according to the usage, but this time they provide rice that matches the rice balls. It was so delicious that the interviewer who was present had refill three times. 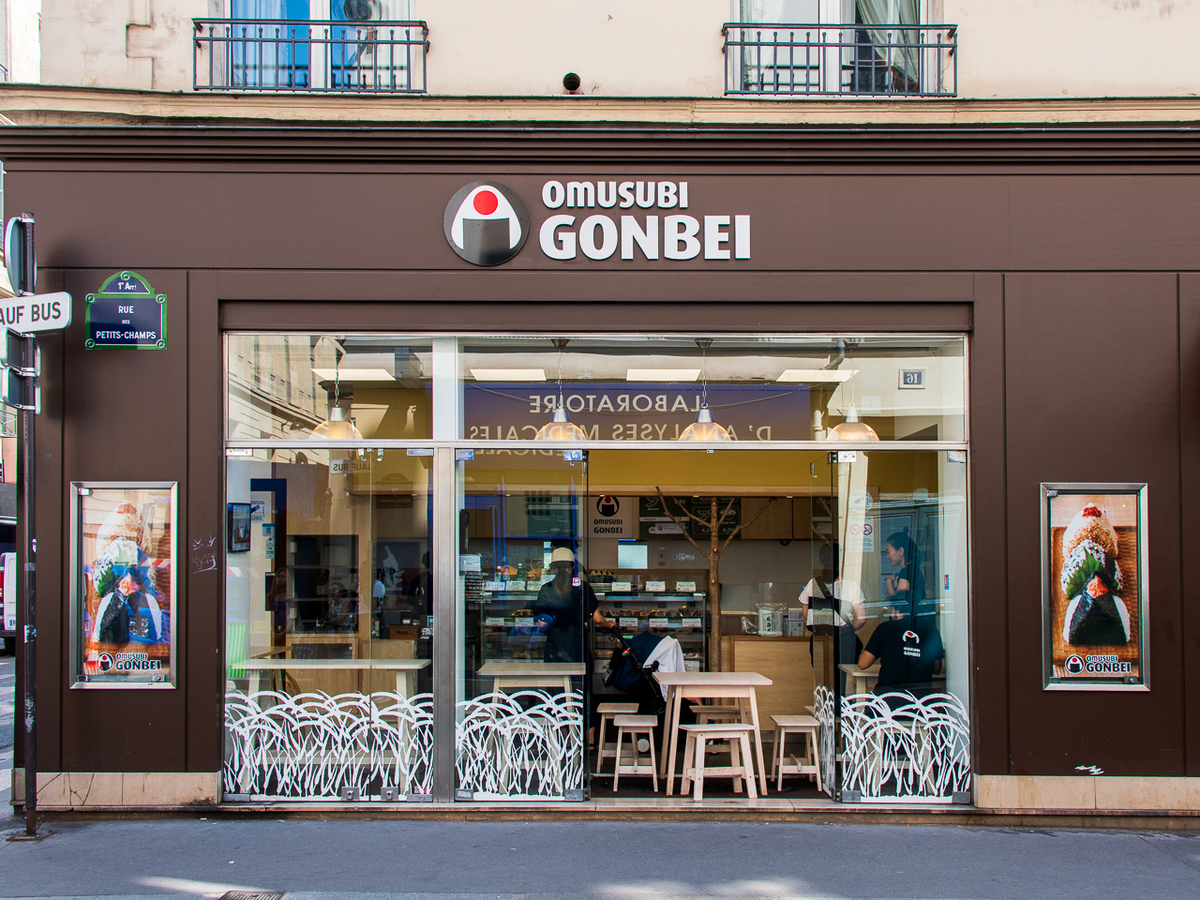 “When I go abroad, I feel the strong influence of Japanese animation. I’ve received requests such as ”I want to eat the “rice balls” as Son Goku eat!” (laughs),” says Mr. Kudo. Mr. Kudo is currently working as a personal chef so that you can enjoy the diplomat taste at home. Today we introduced the vegan course, but you can make various requests of what you want to have. If you are interested, please refer to the homepage below.

Cooking price 22.000 yen (with tax)
※Separate trip fee (10.000 yen within Tokyo. Outside Tokyo would be negotiated)

7 days in advance
※Place your reservation from the inquiry page on the homepage.
https://www.eiryo-kudo-chef.com/private-chef