Ippudo Goes Vegan With "Plant-Based AKAMARU", Spreading to Their 45 Branches Within Japan!

Plant-based Ramen, A Futuristic Meal Is Now On Board

Ippudo is a Japanese ramen restaurant chain famous for their authentic ramen taste originated from Hakata, offering “plant-based Akamaru” uses 100% plant-based ingredients which is spreading to their 45 branches within the nation.

This time, the CEO of Free From Inc, Mr. Yamazaki, a company that supports the promotion and production in the plant-based industry tried to ramen as his review follows. 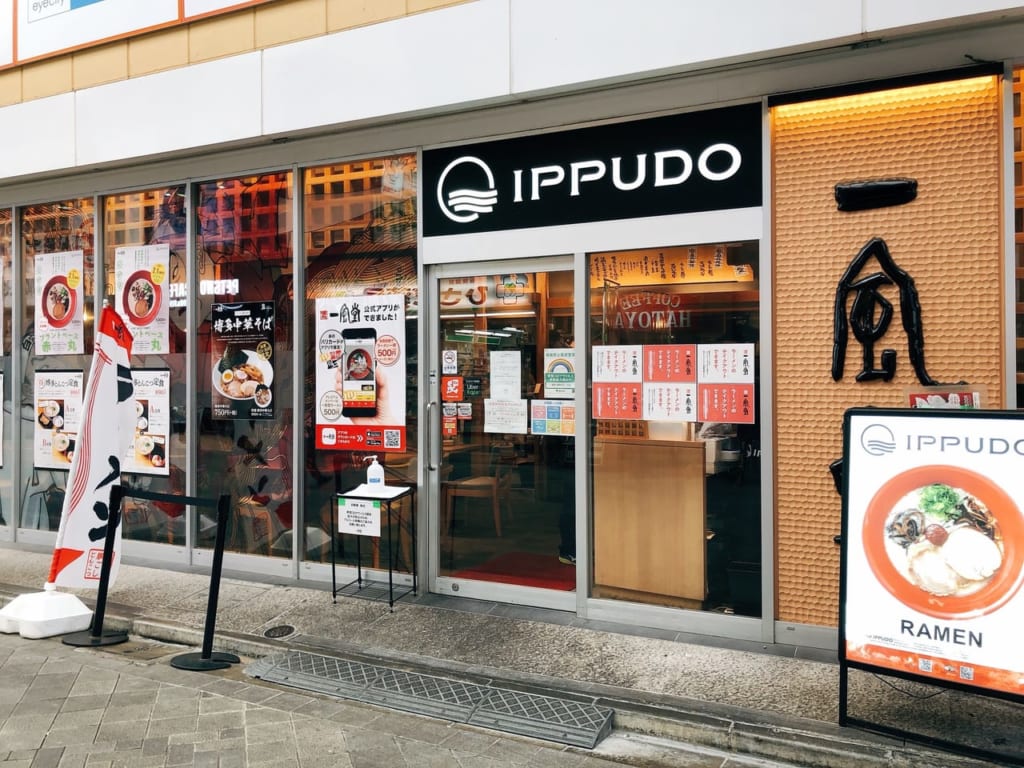 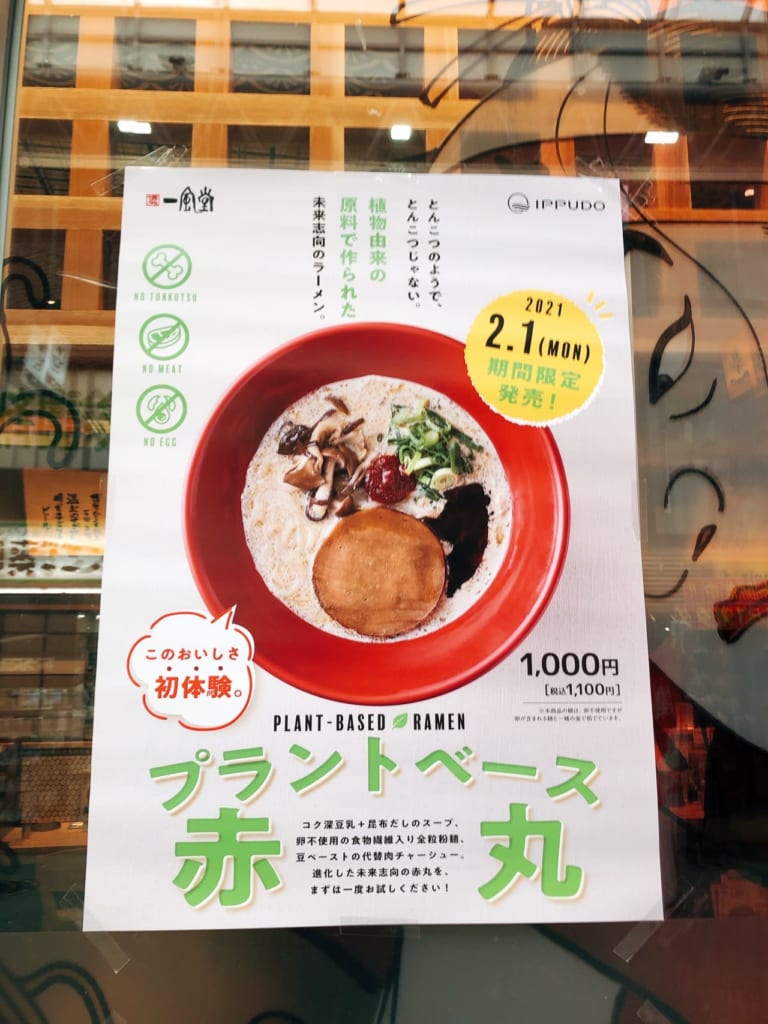 Plant-based pamphlet in front of the shop

The plant-based ramen starts on sale on 1 February 2021 (Monday). At the time we visit at 12:00 during lunch, there are two customers that were already ordering the plant-based Akamaru, even it is basically announced only from the pamphlet in front of the shop and attached on the table which makes us surprised on the growing interest in the plant-based product.

The leaflets of Ippudo mentioned that they are doing the marketing with the concept of new things such as first experience and futuristic. This is an innovative attempt, as many companies currently choose messages about health consciousness and environmental issues.

The Usage of “Plant-based”

If most are using the expression “vegetarian” or “vegan” for meals without animal-derived ingredients, the Ippudo deliberately chooses the “plant-based” with the purpose to get customers other than vegetarian and vegan to have the meals easier. We guess that the proviso “the noodles in this product are egg-free, but they are boiled in a kettle with noodles that contain eggs” means that the judgment is based on the risk of contamination. 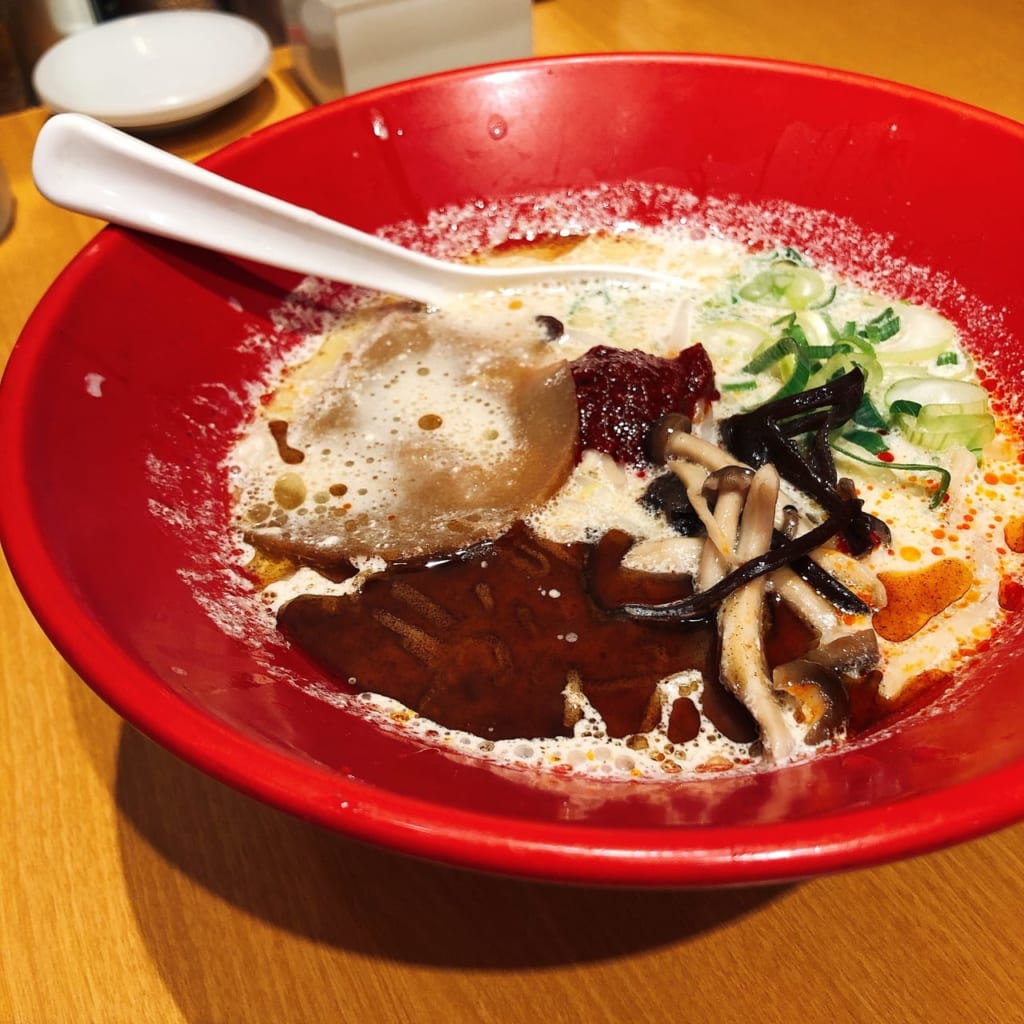 The soup is made from rich soy milk and kelp and is jointly developed by Ippudo and MIRACORE, the research pioneer in using the technology of “Fuji oil” possessed by soy protein. An elegant and creamy taste is the impression of eating the first bite, with a unique flavor of soy milk base. Mixed the spicy miso into the soup makes the taste spicier. 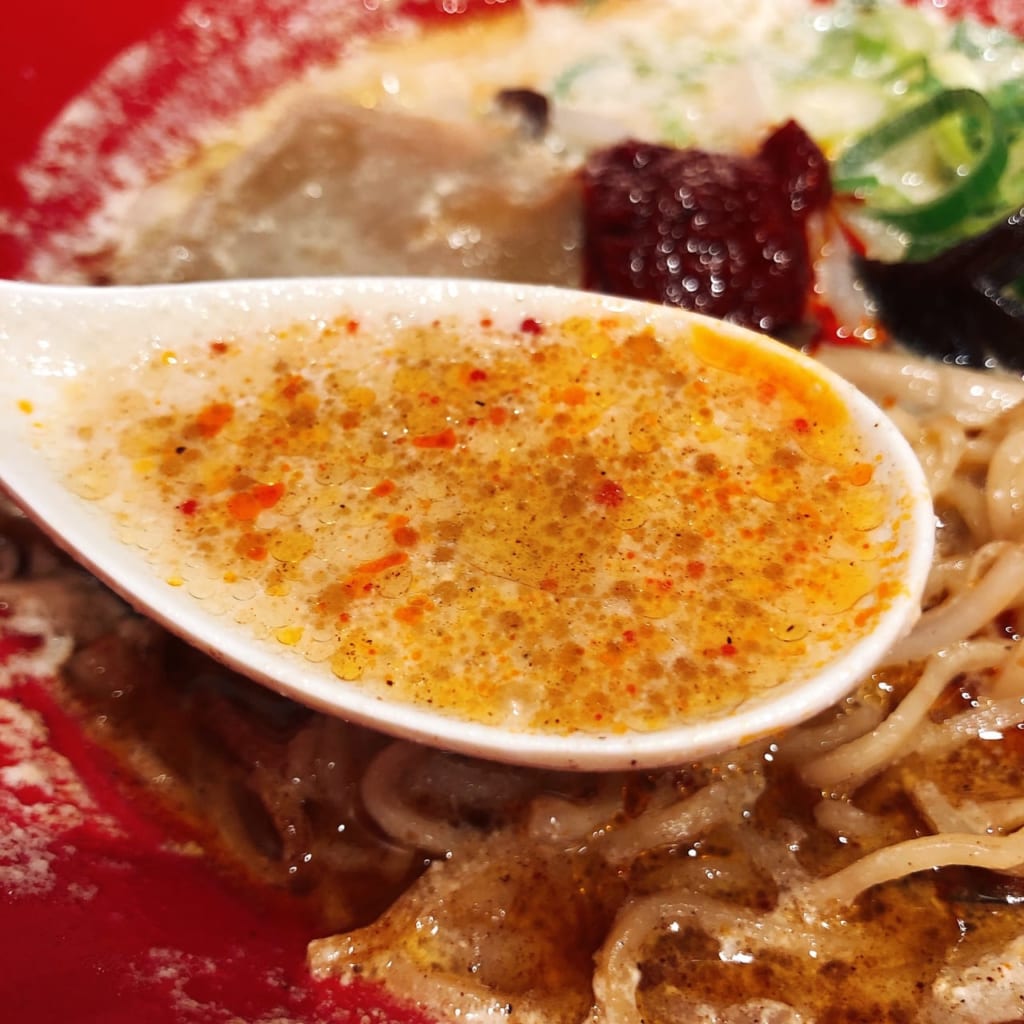 The noodles use whole grain flour instead of regular flour. it has a softer texture and not that smooth compared to the normal noodles (unfortunately we can’t specify the hardness), but the soup is mixed very well with the noodles. The whole grain flour is considered to be body-friendly that becomes the reason why it is used for the noodle, along with an impression of nutrition. 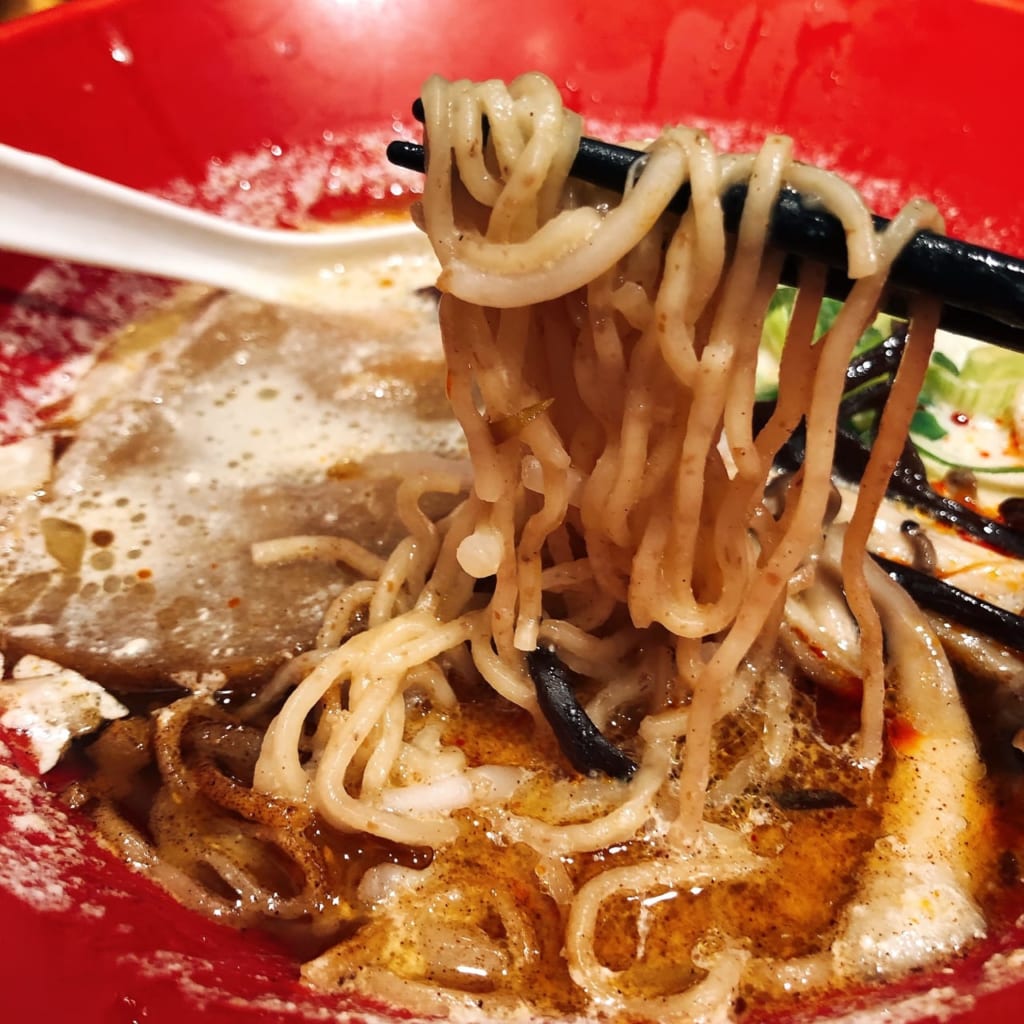 In addition, the chashu-like topping made from green bean paste stands out. We think that the guilt-free and healthy perspectives will gain support from women and older customers. 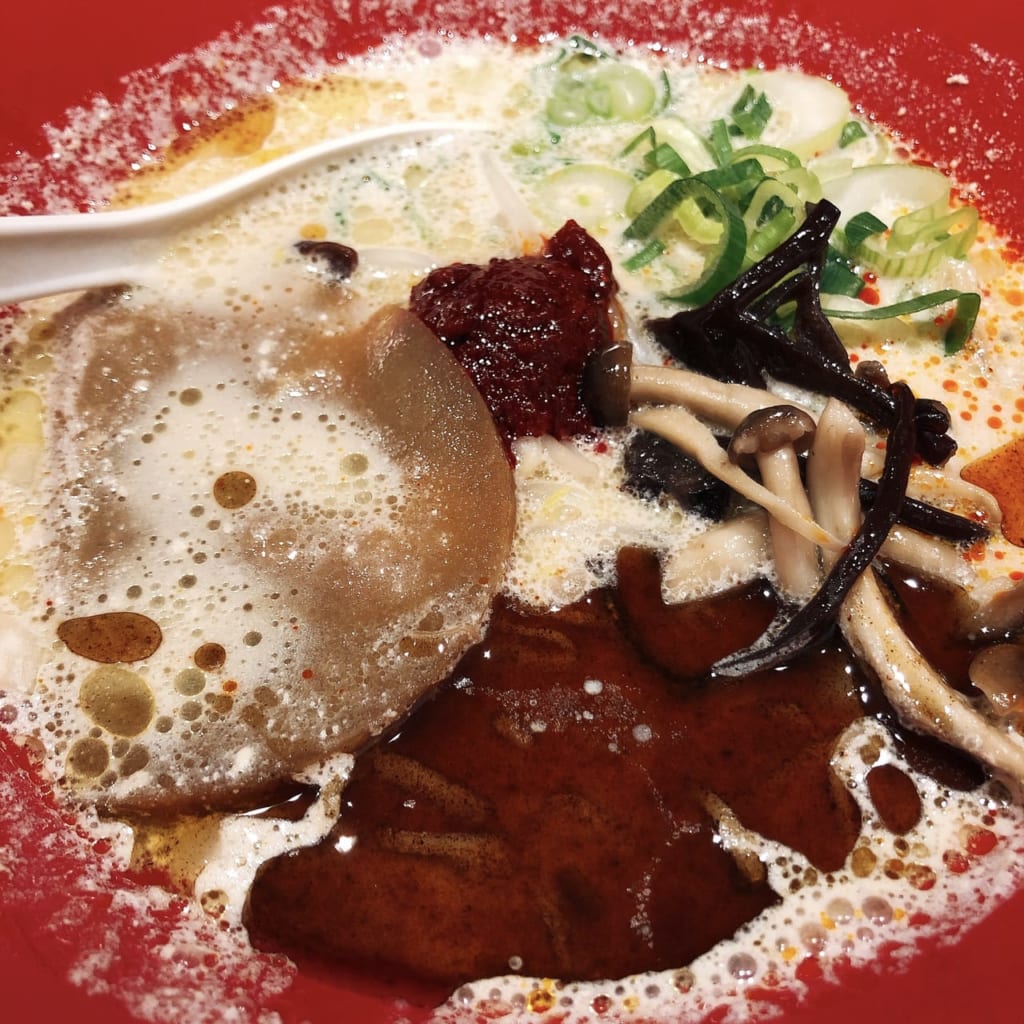 Ippudo spreads its overseas branch over the past 10 years, started developing plant-based ramen several years ago which now ready to offer. Eventually, it seems that they are also considering the development of a ramen brand specializing in plant-based.